“Türkiye’s political, diplomatic, economic and military power ensures the peaceful and prosperous future of millions of our brothers and sisters”

“Türkiye’s political, diplomatic, economic and military power ensures the peaceful and prosperous future of millions of our brothers and sisters”

Addressing citizens following the Presidential Cabinet Meeting, President Erdoğan said: “Türkiye’s political, diplomatic, economic and military power ensures the safe, peaceful and prosperous future of hundreds of millions of our brothers and sisters, who have pinned their hopes on us, as well.”

Regarding the terrorist attack in Istanbul on November 13, President Erdoğan said: “As you know, our 6 citizens lost their lives in that bomb attack. The perpetrator was apprehended soon after the attack. In the following days, many people, connected to the attack, have been caught both in Türkiye and abroad. We very well understand the message given through such attacks, and respond accordingly in the field.”

On the Russia-Ukraine war, President Erdoğan said: “Thanks to our suggestions to the relevant parties, we have ensured that the grain shipments, which had neared a deadlock, were extended another 120 days. We aim to continue these talks until a comprehensive ceasefire and peace agreement which will completely end the Russia-Ukraine war.”

“We once wish Allah’s mercy upon our 7 martyrs, who lost their lives in the area of Operation Claw-Lock, extend our condolences to their families and our nation. Our resolve to secure our borders with a 30 km-deep security strip grows stronger with every incident we experience. Those, who come from thousands of kilometers away and ravage around without distinguishing between culprits and innocents for their own security and wealth, have to respect Türkiye’s concerns in this regard. When taking the necessary steps for the security of our homeland and people, we neither seek permission from anyone nor answer to anyone. We do not have to tolerate the hypocrisy of those, who support the terrorist organization that is known for assuming different names. Those, who lecture us on democracy, rights and freedoms, should first take a look at the terrorists and terror supporters in their own countries,” President Erdoğan said.

“In a period of events that will fundamentally change the global security architecture, Türkiye has reached a level where it can meet its own needs despite the countless injustices and embargoes it was subjected to. No one can push our country to positions against its interests in political, diplomatic, economic and military spheres through empty and hollow threats. Thankfully, this fact has begun to be recognized by all parties, particularly by our allies, after an arduous process. We now see that those, who still try to maintain their old habits on the level of political discourse due to pressures from anti-Türkiye lobbies, are getting used to live with this fact on an administrative level.  We are now getting preparing for this new situation by reviewing our regional and global relations. We know that there are no everlasting friendships or animosities in international relations, and that one should act according to the circumstances of the era without compromising fundamental principles. If we had not acted in this way, we would have burned bridges with many of the countries we call ‘ally’ because of their direct or indirect dirty relations with terrorist organizations. Not only we have avoided that, but also we have not completely cut off contact with some countries, with which we reduced our level of relations due to our different approaches toward regional political and humanitarian crises,” President Erdoğan said.

“Türkiye’s political, diplomatic, economic and military power ensures the safe, peaceful and prosperous future of hundreds of millions of our brothers and sisters, who have pinned their hopes on us, as well. Our brothers and sisters, living in the areas where we are carrying out cross-border operations, should rest assured about the future. We do not discriminate against anyone because of their origin, belief, denomination or disposition,” President Erdoğan said.

“Every step we take is aimed at building the infrastructure for a beautiful future by upholding our region’s historical and humanitarian heritage. Our shared history from the Seljuks to the Ottomans, and then to the Republic and to the present day is a testimony to our sincere intention and fair practices. We never have and never will go to a place to kill, harm or destroy. We are here to let live, develop and build,” President Erdoğan underscored.

“THERE IS NO COLONIALISM OR OPPRESSION IN TÜRKİYE’S HISTORY”

“We see that still there are people who do not understand the message, given by our nearly 25 thousand civilian martyrs and over 8 thousand fallen security forces in our nearly 40-year-long fight against separatist terrorism. You may spill our nation’s blood, take our lives, delay our development but no one has the power to lay a hand on our nation’s freedom and future,” President Erdoğan said.

Underscoring that the life cycle of terrorists has expired, President Erdoğan said: “Neither the countries they rely on so much nor the terror barons who capitalize on their lives will be able to save the terrorists from the bitter fate awaiting them.”

President Erdoğan also stated that the inflation rates will enter a significant downward trend after the new year. 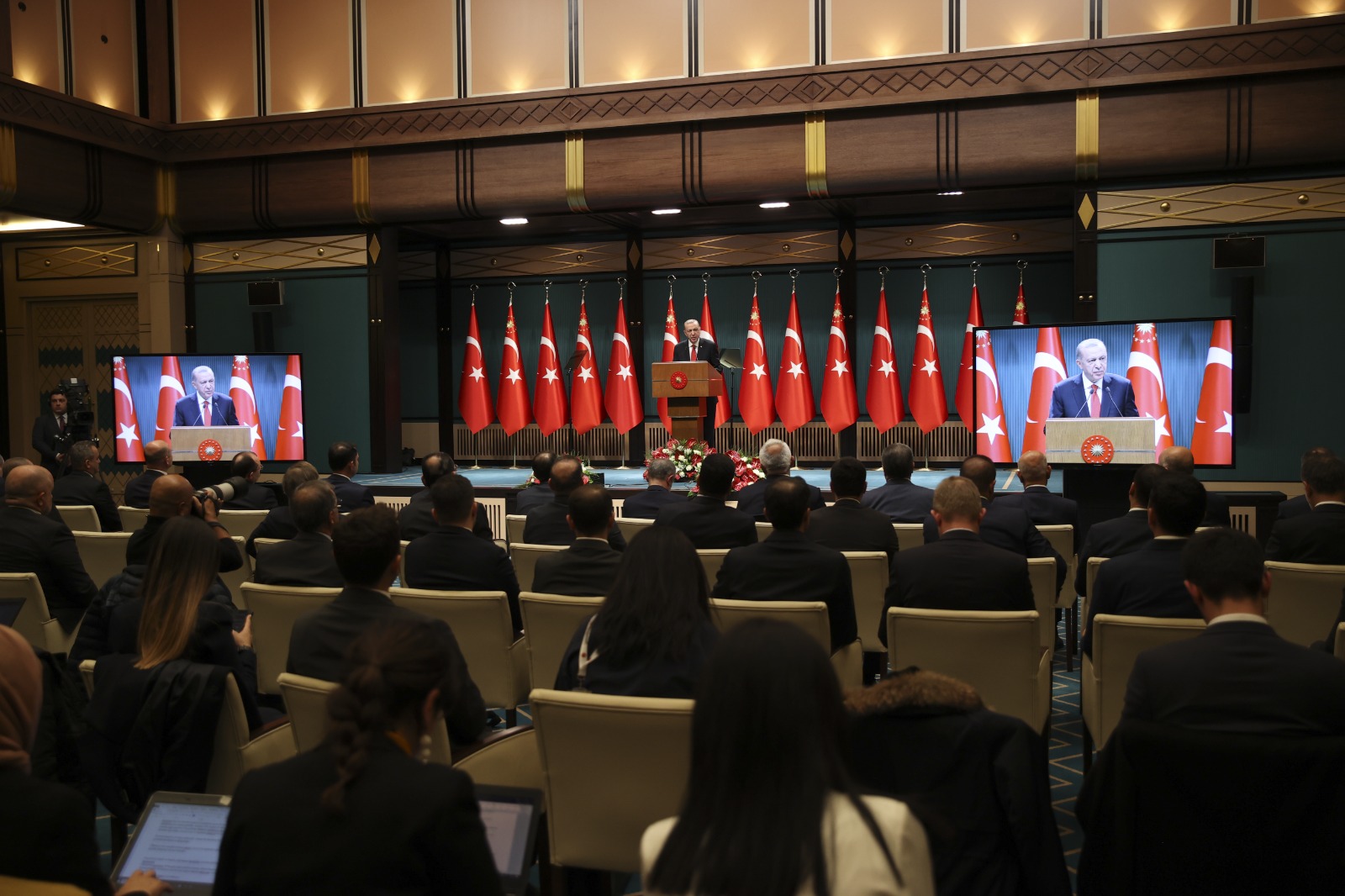