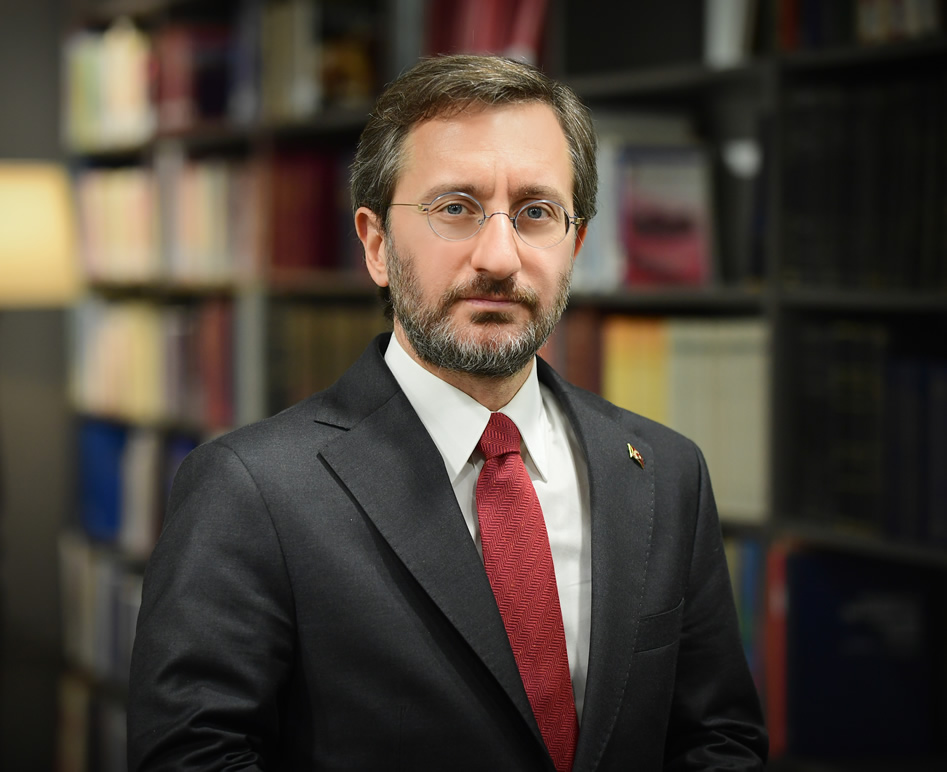 Prof. Fahrettin Altun was appointed by President Recep Tayyip Erdoğan as the Presidency's Director of Communications on July 25, 2018.

Engaged in researches in the fields of political communication, media and communication sociology, political sociology and cultural studies, Fahrettin Altun was born in 1976 in Stuttgart, Germany.

Aside from his academic posts, he served as the chief editor of the monthly magazine "Kriter" and as a commentator on the television programs "Enine Boyuna" on TRT 1 and "Dışa Bakış" on TRT News. In addition to television programs, he wrote columns on Sabah and Daily Sabah newspapers. Fahrettin Altun, who previously prepared and presented the program "Ayrıntı", which was broadcast on TRT 2 and TRT News, worked as an editor for Yöneliş and Küre publishing houses, editorial director in Anlayış magazine and a columnist in Akşam newspaper.

In addition, Prof. Fahrettin Altun has authored five books in Turkish and one book in English. His books in Turkish are "Modernleşme Kuramı" and 3 others published by SETA publications, namely "The Triumph of Turkish Democracy: The July 15 Coup Attempt and Its Aftermath" and "Press Freedom in Turkey: Myths and Truths". He also contributed to the book "15 Temmuz'da Medya" as one of the authors. His most recent work "Türkiye as a Stabilizing Power in an Age of Turmoil” has been published in English by Academica Press Washington-London and discusses Türkiye’s stabilizing power and role as a playmaker in the international system.

He is married and has four children, and he has a good command of German and English.