President Erdoğan: “We consider each investment, from healthcare and transportation to energy and irrigation, to be a light shed on our future”

President Erdoğan: “We consider each investment, from healthcare and transportation to energy and irrigation, to be a light shed on our future”

President Recep Tayyip Erdoğan addressed via videoconference the inauguration ceremony of Beğendik Bridge built in the Pervari district of Şırnak, which links the Van-Tatvan-Bitlis and Siirt-Mardin-Batman line.

Expressing that he wished for the inauguration of Begendik Bridge and Küçüksu-Hizan-Pervari roads to be beneficial for the country and the region, Erdoğan congratulated the institutions, contractor firm, engineers and workers who contributed to this project.

Pointing out that, while equipping the four corners of Turkey with highways, railroads, and tunnels, they did not forget such challenging regions, Erdoğan said, “We have chosen to overcome the challenges of nature rather than avoid it.”

“Thank Allah they have not been able to succeed”

Explaining that, for thousands of years, these ancient lands have housed humanity and hosted many civilisations, Erdoğan said, “The people of different origins, languages, and cultures have had a shared vision, a shared goal in this country, for nearly a thousand years. This goal is to live together in security, harmony, and prosperity as brothers. Though they have tried to deter this shared goal alive in the depths of our hearts as a nation by resorting to every means including terrorism, thank Allah they have not been able to succeed.”

“By easily overcoming a crisis, during which even the most developed countries in the world have become desperate, we have shown Turkey’s true power and potential. During this period, we have not only provided the highest-level healthcare services for our citizens but also proven by completing and inaugurating our ongoing investments in all fields that we have not moved away from our real agenda. We consider each investment, which we inaugurate one after another from healthcare and transportation to energy and irrigation, to be a light shed on our future. Each light we shed further increases our hope for achieving our goals for 2023.

“Some are disturbed by Turkey’s resolute progress”

Stressing that some were disturbed by Turkey’s resolute progress, Erdoğan said:

“The rise of the attacks against our country both inside and in the international arena is the manifestation of this disturbance. They wish that Turkey would be contented with what is given as in the past, would not seek its deserved right, would not dare to compete with anyone. For sure, what they do not comprehend is that the old Turkey remained in the past. Today, with its strong infrastructure in every field, Turkey is determining its own agenda, acting in line with its own priorities. Certainly, during this challenge, we are constantly encountering new traps and we suffer losses when necessary, but we do not quail or withdraw from our path.

President Erdoğan also noted that Turkey was exposed to a double standard in terms of exercising its sovereignty rights as in every field.

Touching upon that those coming from the other side of the world to conduct operations on Turkey’s borders and rendering it legitimate and rightful, spurn the security concerns of Turkey, Erdoğan said “Those in pursuit of the treaties locking us within our shores until we are not able to set foot in the sea, oppose Turkey’s legitimate agreements.”

Stating that those opening their doors to the countries that did not have an appreciable health infrastructure and could not speak of transparency, could impose bans on Turkey, Erdoğan expressed the following:

“Those who ignore the attempts to overthrow the legitimate government of the country and eliminate our democracy on top of that also embrace the coup plotters with arms-wide open. Those who target our country without respecting any rule, principle, and law, accuse us of violating the market rules. Those who do not take any step to prevent the Islamophobia and the attacks against the foreigners, attack Turkey for exercising its sovereignty rights. We consider all these events as filters that enable us to distinguish between our friends and enemies.”

Erdoğan recalled the approaching anniversary of July 15 and said, "On the night of July 15, the fourth anniversary of which we will mark in a few days, our people showed that they would not shy away and would assert and claim their rights even though their lives were at stake. The conversion of Hagia Sophia into a mosque is the outcome of such determination. We have taken this decision based on what our rights were and what our nation wanted rather than what people said. We will continue to proceed on our rightful path just as we have done in Syria and Libya, as well as on many other issues, and continue to build a great and powerful Turkey.” 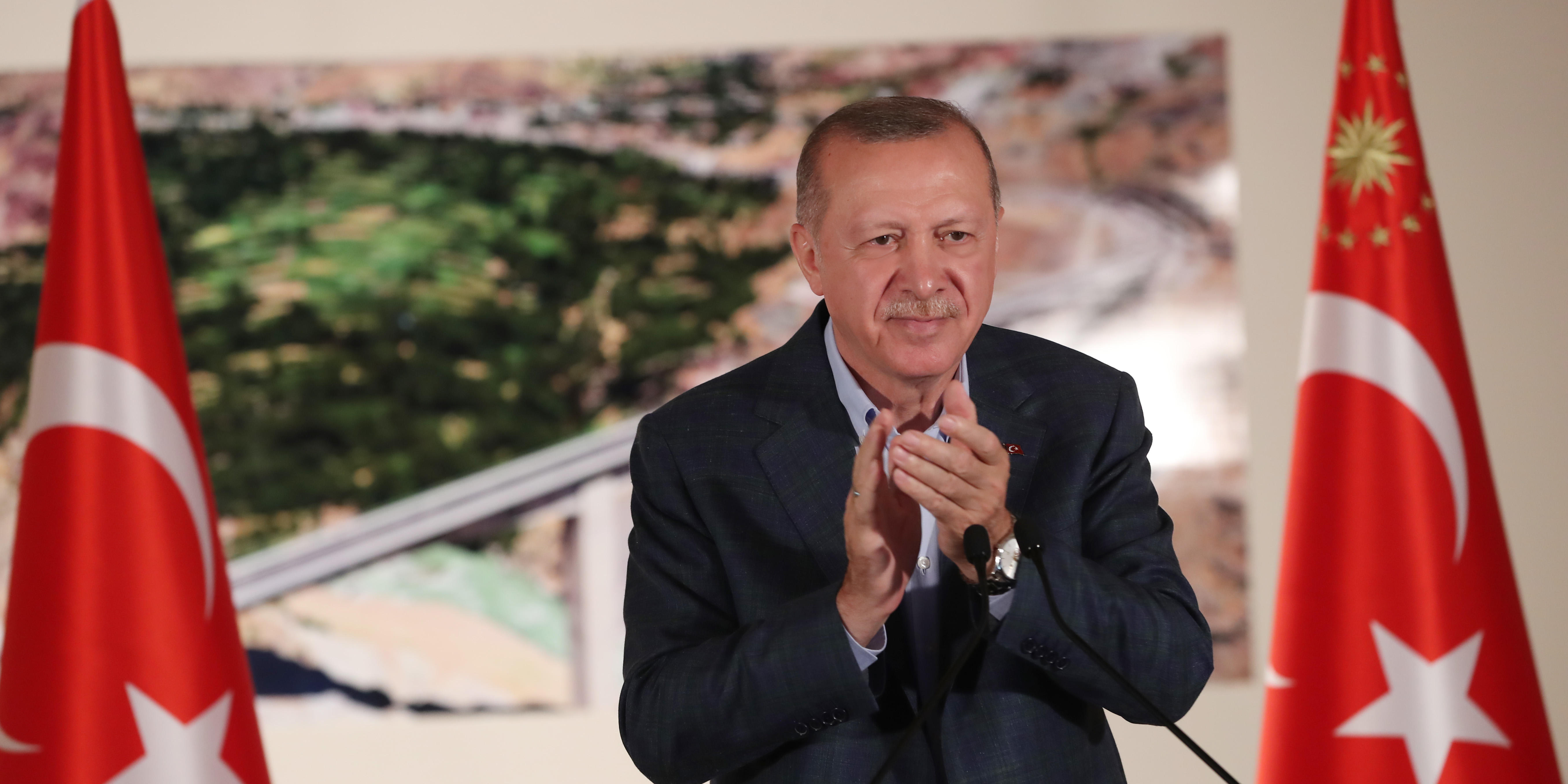 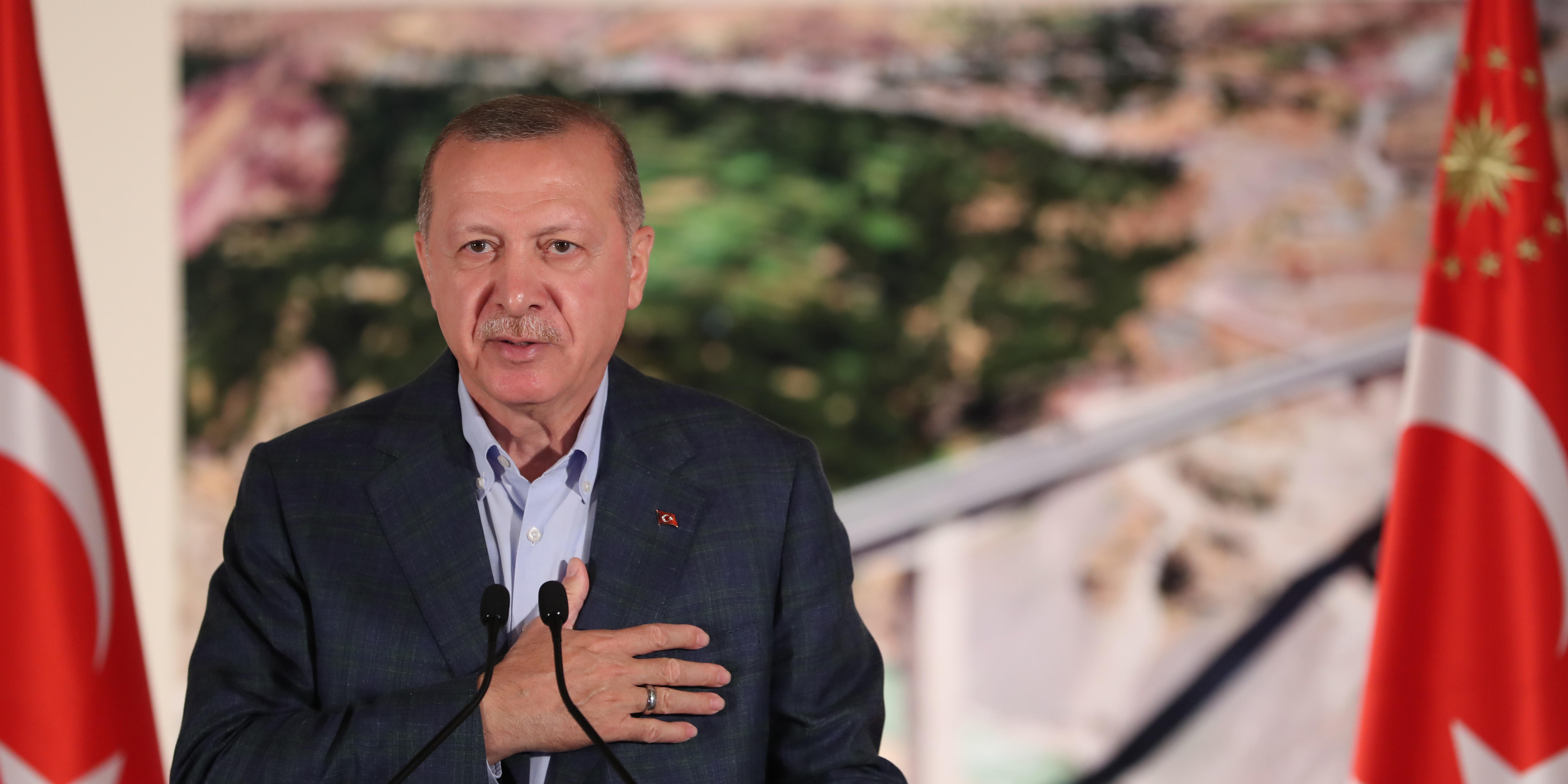 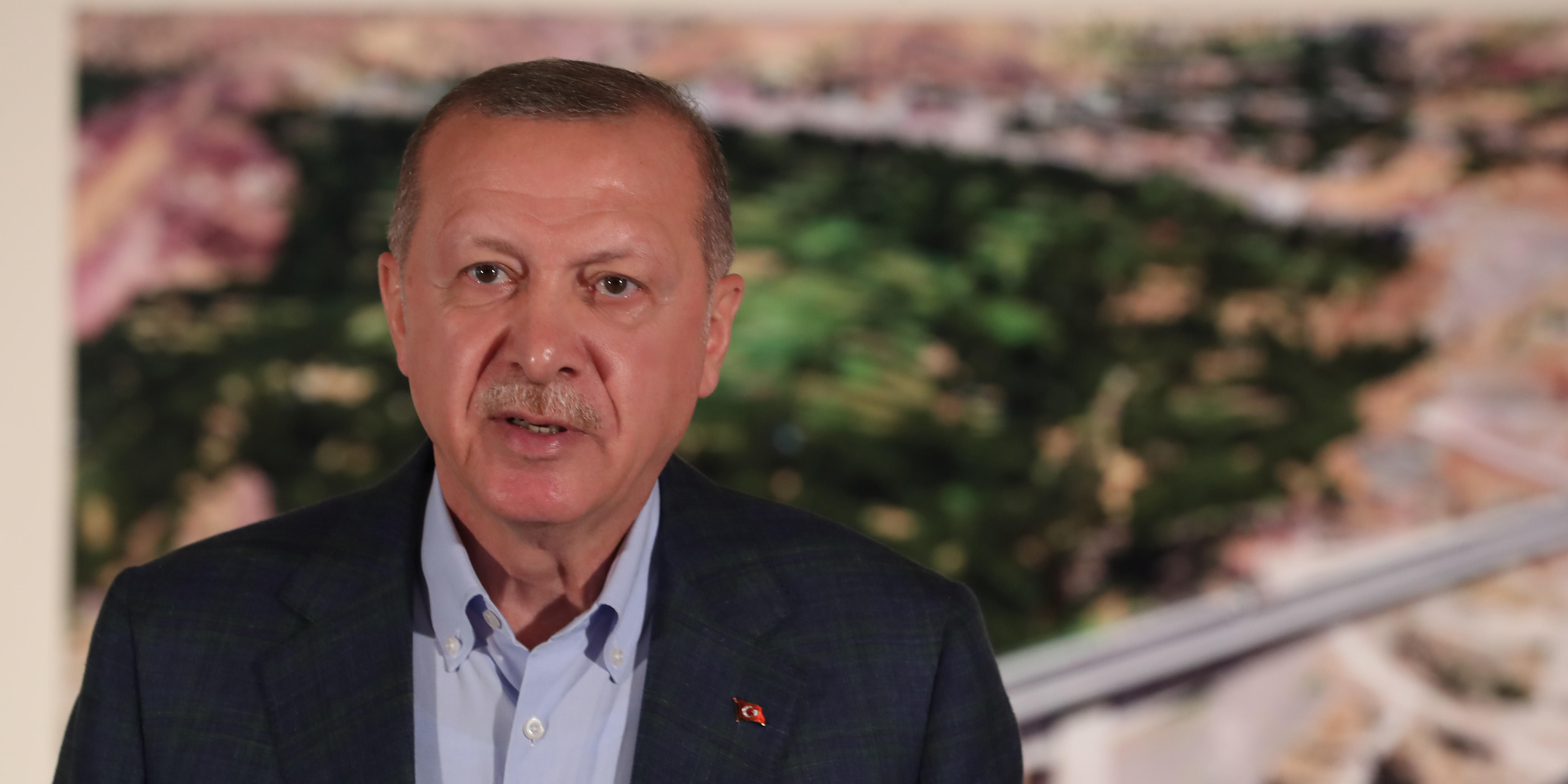