At the meeting held at the Directorate building, issues to enhance cooperation in the fields of communication, media, culture, TV series and cinema were discussed.

Fahrettin Altun stated during the meeting where the delegations met that they were highly pleased with the increase of contact between Azerbaijan and Türkiye in all fields.

Expressing that they showed the world that the principle of "one nation, two states" is not mere words, Altun stated that they were in close cooperation not only in military and political terms but also in the field of communication and media during the liberation of Karabakh.

Emphasising that officialising the Türkiye-Azerbaijan Joint Media Platform, of which foundation was laid during the conflict, was a valuable step in point of the institutionalisation of cooperation, Altun said that the Presidency's Directorate of Communications prepared a book titled ​​"Victory in Nagorno-Karabakh after 44 Days" in three languages as a token of the Türkiye-Azerbaijan brotherhood.

"We are strengthening the cooperation in the field of culture"

Stating that they would realise important works by strengthening the cooperation between Türkiye and Azerbaijan in the field of culture, Altun continued as follows:

"With the instructions of our President, we will realise joint TV series and film projects on historical events such as the Karabakh Victory, as well as the Caucasian Islamic Army and the Khojaly Massacre. We will strongly emphasise the unity of history and joint ideal between us by ensuring that such projects find their place in media and digital platforms both nationally and globally. It is therefore very important for our TV show and film sectors to work together and share their experiences."

Altun noted that in addition to the historical events, the two countries might cooperate in the organisation and preparation of exhibitions, symposiums and publications/broadcasts that highlight the shared values as well.

Pointing out that such works should not be limited only to the citizens of Türkiye and Azerbaijan, Altun said, "We will carry out our works targeting the international community in close cooperation and coordination."

Fahrettin Altun continued his remarks as follows: "We should also tell the world about the multilateral regional cooperation platform that President Ilham Aliyev of Azerbaijan voiced and our President Recep Tayyip Erdoğan declared his support for. We should bring to the attention of the world the damages that Armenia inflicted on the cultural heritage in Karabakh and attribute the works carried out to rehabilitate those places after they were liberated from the occupation to the international public."

"It is a national duty upon us to stand in solidarity with Azerbaijan. We will readily mobilise our wealth, means, potential and human resources for this high ideal. We will continue to walk on the front line with our brothers and sisters from Azerbaijan in their cause. I am a first-hand witness to the brotherhood between our President and President Aliyev of Azerbaijan. We have also witnessed the magnitude of the difference this togetherness has made. We, as Türkiye and Azerbaijan under the two leaders, have put up a struggle to recover. We have gathered our strength. From now on, we will run forward. This spirit should also be reflected in the cinema and TV series sectors. We will crown this togetherness and solidarity, and we will leave our signature under many stories and films that will be passed down from generation to generation. Great power will emerge from our togetherness, and many works will be produced as signs of our pride. Inshallah, we will ensure the world sees it all."

"We will never forget Türkiye's support"

Azerbaijani Minister of Culture Anar Karimov voiced his happiness to pay his first official visit to Türkiye as part of his new appointment, saying, "We felt brotherly Türkiye's support not only during the Karabakh War but throughout history. We have liberated Baku, Azerbaijan, from occupation with the Caucasian Islamic Army 100 years ago. Today, we liberated Karabakh from occupation with your support. We want to thank the Turkish state and our brothers and sisters. We have never forgotten and will never forget this support."

Minister Karimov stated that the Azerbaijani soldiers have acted as great heroes and put up a historic fight in Karabakh and that it was the victory of not only Azerbaijan and Türkiye but the Turkic world, adding, "Our young generation should be proud of our history. We will work to promote our common history and identity better. We want to describe this with movies and television series and to cooperate in this matter."

Stating that Türkiye has dramatically supported them in the war of information during the process and in terms of announcing to the world Armenia's attacks on civilians, Minister Karimov said, "Even if the fight has ended on the ground, it is currently at the table. We are already witnessing the pressure in the field of cultural diplomacy. Therefore, it is critical that we continue to work together proactively. We would like to receive our Turkish brothers and sisters' support for the campaign 'Peace for Culture' that we initiated to show the entire world the attacks made by Armenia on the cultural heritage in Karabakh."

Minister Karimov said that describing the world such historical events as the Victory of Karabakh, Caucasian Islamic Army and Khojaly Massacre through co-productions in documentaries and movies would be the symbols of friendship and brotherhood between Türkiye and Azerbaijan. 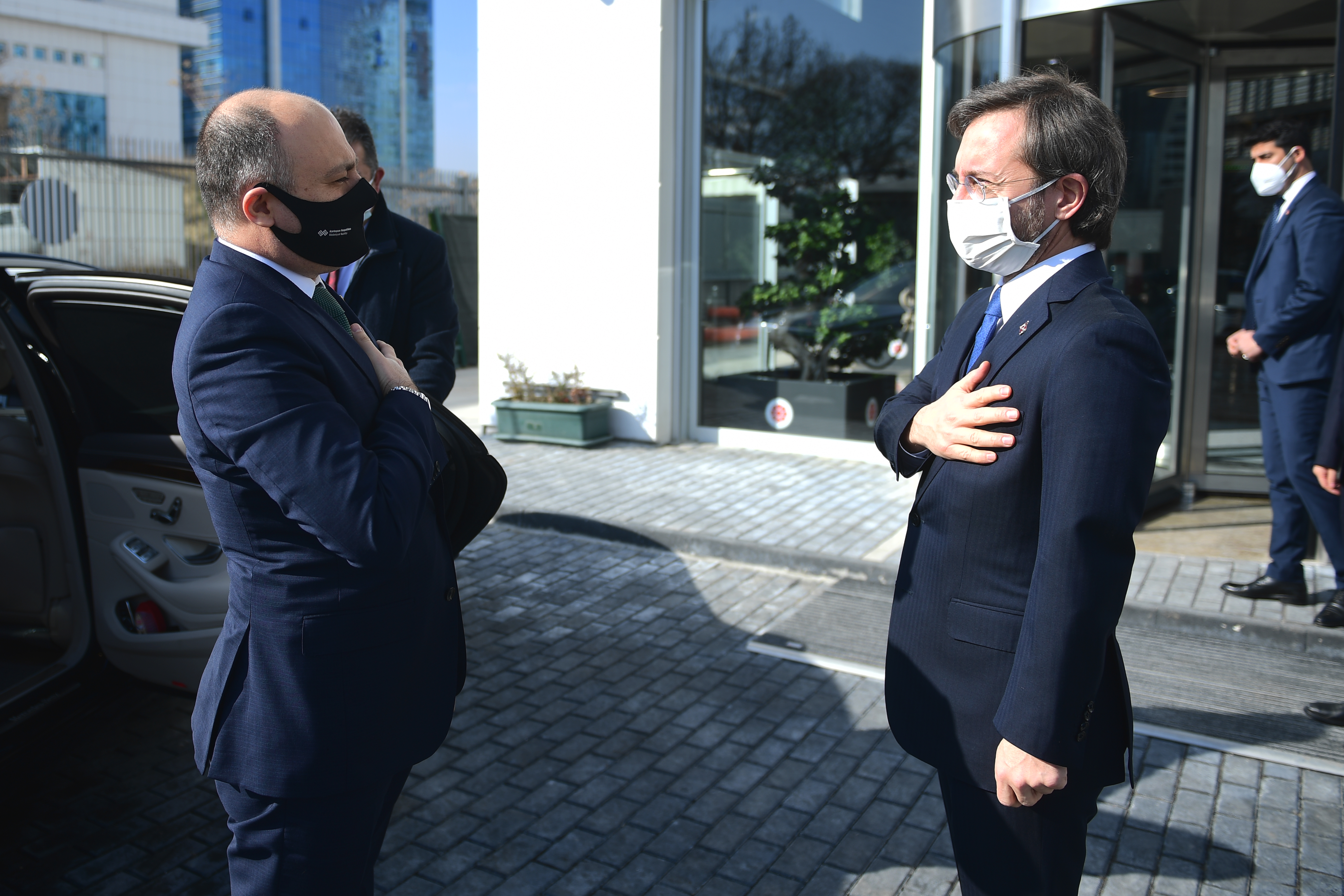 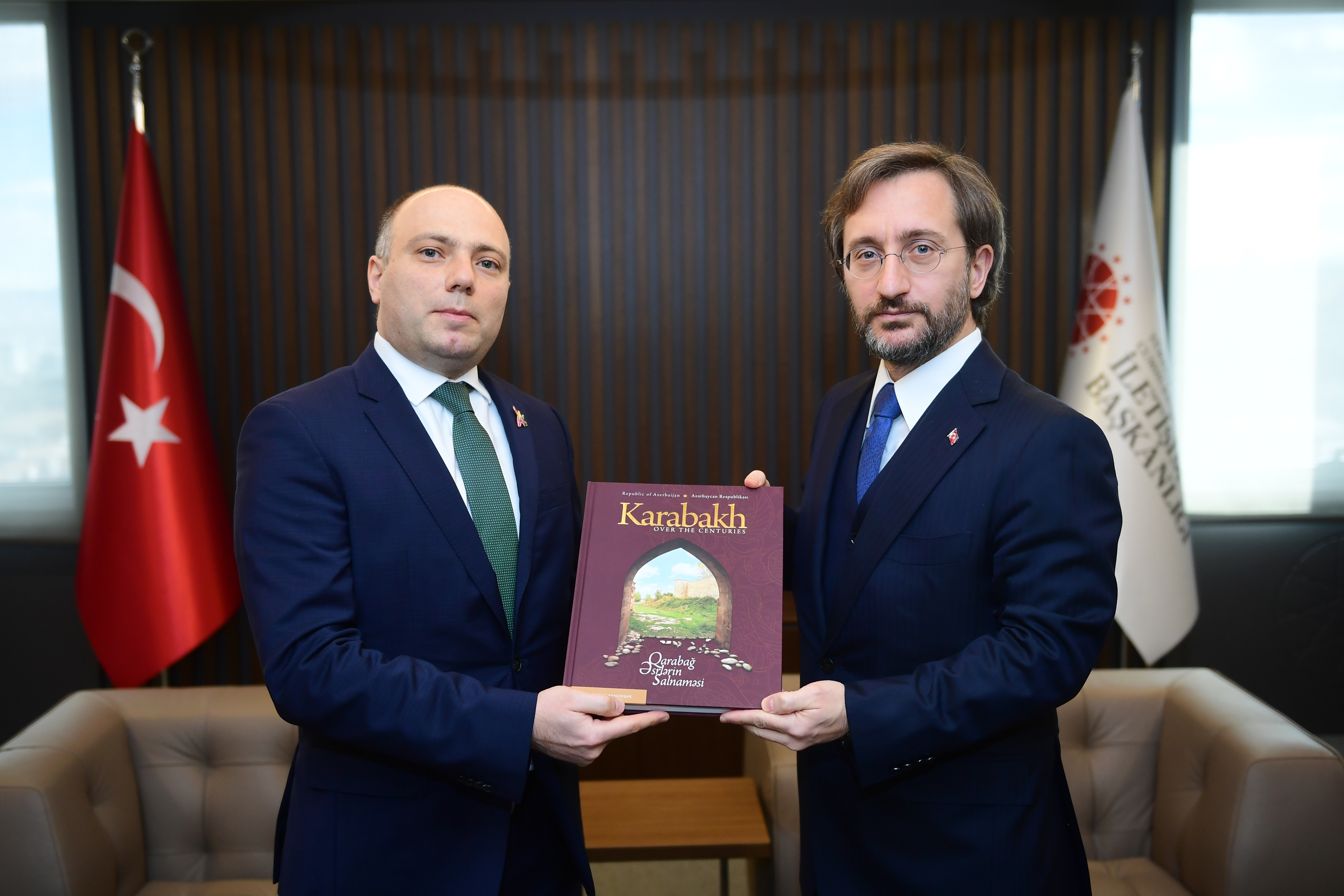 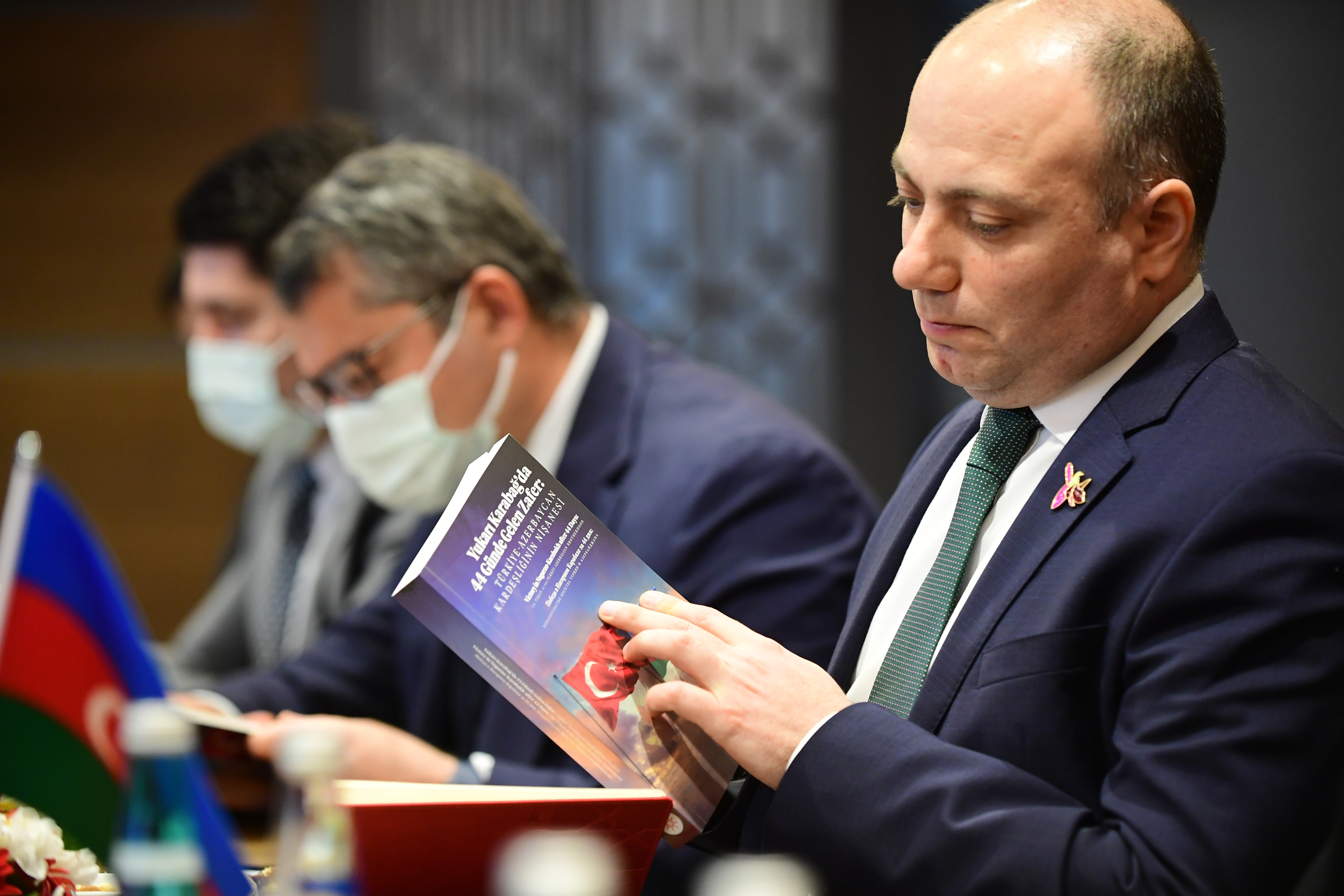