A panel titled " United Nations (UN) Security Council Reform: A New Approach to Reconstructing the International Order" was held by the Presidency's Directorate of Communications in Buenos Aires, the capital of Argentina.

Moderated by SETA Foundation Washington Research Director, Assoc. Prof. Kılıç Buğra Kanat, the panel discussed the deficiencies of the UN Security Council (UNSC) in addressing global problems and the steps that can be taken in this direction. Assoc. Prof. Ece Baban, Head of the Public Relations Department, Faculty of Communication of Fenerbahçe University; Secretary General Ambassador Ricardo Lagorio from Argentina’s International Relations Council (CARI); Director Raul Ricardes of the CARI International Committee of Organizations; and Prof. Julio Burdman from the University of Buenos Aires were among the panellists.

The panel discussed the ineffectiveness of the UNSC in finding solutions to recent global problems, as well as the fact that if the permanent members of the UNSC are a party to the problem, it becomes extremely challenging to resolve them and that the system of the UNSC and the UN needs reforms in the face of the current global situation.

Assoc. Prof. Kanat cited the Ukraine war as an example of regional problems spreading to the rest of the world, saying, "Finding global solutions to global problems has become a necessity, not a choice. We are talking about the global fight against terrorism, climate change, and global pandemic, and now in the middle of a global war in the aftermath of the pandemic, we are talking about the global supply chain, food and energy crisis. It's going to be really difficult to solve these problems without global cooperation and initiatives."

"The existence of the UN, IMF, or World Bank makes no difference to ordinary people"

CARI Secretary-General, Ambassador Lagorio, referred to the phrase "We the peoples" in the preamble of the UN Charter and stated that UN reforms should take into account those who have been harmed by wars and armed conflicts.

Lagorio said, "The existence of the UN, IMF, or World Bank makes no difference to ordinary people. We need to change this image. I believe we are in an ideal period to do it because there are two crises: the soft and hard power crises reflect the world we must confront. The 21st century will either be dominated by hard power without regard for international law principles or by soft power in collaboration with multipolarity."

Stating that Türkiye responds to the challenges by taking responsibility, Lagorio said, "We require a global management system that extends beyond our national interests. No national interest that does not align with the values of the international community can be sustained. Otherwise, nations will always be competing with one another."

Lagorio emphasized the importance of multipolarity and the need to redefine the concepts of international peace and security.

"UNSC reform has long been on the agenda”

Assoc. Prof. Baban emphasized that the UN Security Council has a duty to ensure and protect international security, noting that today's problems are vastly different from those of the 1920s.

"Global technology, global warming, cyber wars, depletion of resources, irregular migration, migration waves, population policies, and hybrid wars pose significant challenges to regional security in particular. In the light of these considerations, the UNSC reform has long been on the agenda.”

"The international order is clearly deteriorating"

Raul Ricardes, Director of the CARI Committee of International Organizations, stated that the order that emerged after World War II fell apart, adding, "The international order is clearly deteriorating, with the truth of balance being lost as a result of the justice of international actions."

Drawing attention to the war in Ukraine, Ricardes said, "I would like to state that Argentina will be fully willing to participate in the negotiations that will discuss the possibility of reforming the security system, particularly at the UNSC, which will lead to a new position and elaboration on the rebuilding of the international order."

"Argentina has been a supporter of UNSC reform and expansion"

Prof. Julio Burdman likewise expressed delight that the panel was held in Argentina and said, "Our country has been a supporter of the UNSC reform and expansion from past to present. The UN has greatly expanded the number of its founding members since its establishment, but the number of permanent members on the security council has remained unchanged."

Burdman drew attention to the Council's deficiencies, saying, "Another issue raised here is the method reform at the UN Security Council because the council should produce certain things but does not. The video we saw during the opening revealed that the Council is getting old when it comes to acting on international security issues." 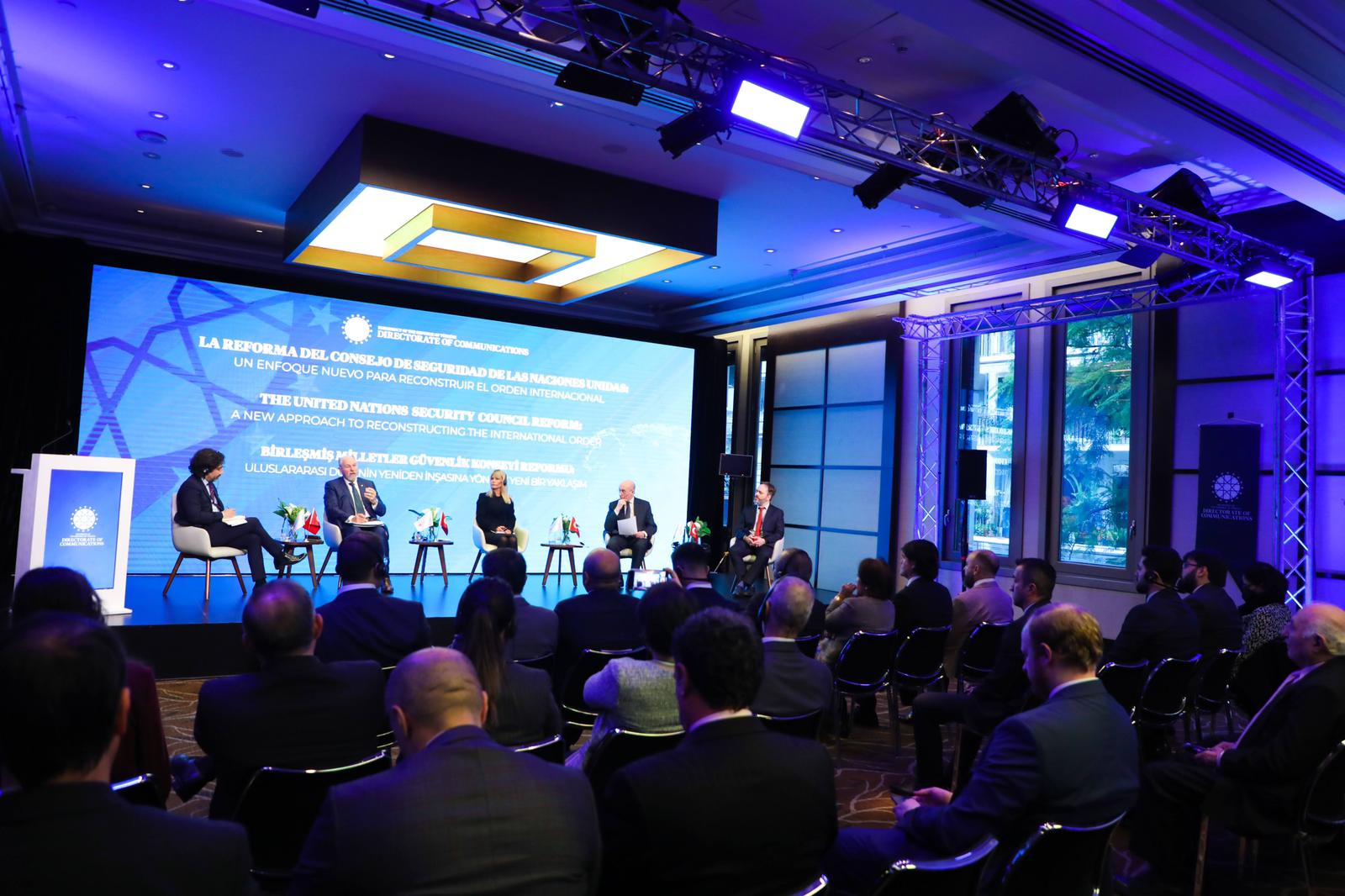