“We are starting the new controlled normalization process today”

“We are starting the new controlled normalization process today”

Speaking after the Presidential Cabinet Meeting, President Erdoğan said: “Closely following the developments across the world and particularly in Europe, we are constantly updating our strategy in the fight against the pandemic. In this regard, we are starting the new controlled normalization process today as we have promised to our nation.”

“The global economy is going through a very difficult period. Global income and world trade volume shrank by 3.5% and 9.6% respectively last year,” the President said. “Over 90 million people are estimated to have fallen below the line of extreme poverty across the world in just one year. There are currently more than 100 countries with no access to the vaccine. Turkey has been managing such a difficult period successfully thanks to our planned, resolute and flexible policies. Our 1.8 percent growth rate in 2020, announced today, is the most visible indicator of the success of our policies.”

President Erdoğan stated: “We see 2021, the third month of which we have entered, as a year of victory in the fight against the pandemic and as a year of beginning for transition to a quality growth period in the medium term. Turkey will hopefully become the rising star of the world in the post-pandemic period. Through our steps, we will minimize the currently available risks while also making the most of the opportunities ahead.”

Stressing that the pandemic has also aggravated social diseases especially in the west, President Erdoğan drew attention to the racist attacks that target Turkish citizens in Europe almost on a daily basis.

“There were twice as many hate crimes last year as there had been in previous years. The number of attacks committed against migrants in the three countries where most of our citizens live in Europe has surpassed 3,000. In 2020 alone, over 900 attacks were recorded in Germany, including 400 attacks targeting our people. Last year yet again, 121 attacks were committed against our mosques and mosque foundations despite the pandemic-related restrictions. These figures actually are just the tip of the iceberg since only one-fifth of hate crimes are reported. We estimate that the attacks that go unreported are four or five times as many as the statistics show. And in cases which are reported, official bodies put the pressure on victims instead of chasing after criminals,” President Erdoğan said.

Underlining that cultural racism has turned into institutional racism in many cities of today’s Europe, particularly in France, President Erdoğan said: “Ideas that used to be deemed marginal just five or 10 years ago now feature in the discourse of Europe’s mainstream political parties. In recent years, elections in Europe have been centering around hostile policies towards refugees, foreigners and Muslims, particularly towards me and Turkey.”

Warning against the atmosphere of hatred that is on the rise in Europe reminiscent of the pre-WWII period, President Erdoğan drew attention to neo-Nazi attacks against Turks in Germany, and went on to say: “Even though European states try to trivialize this threat, we as Turkey are determined to play a more active role in this issue. We are closely following such incidents via such institutions of ours as the Ministry of Foreign Affairs and the Presidency for Turks Abroad as well as via our consulates. We never have and never will leave any of our citizens alone in the face of racists in Europe.”

As regards Turkey’s fight against the pandemic, President Erdoğan stated: “Turkey’s position in terms of health services, preventive measures and economic assistance is followed with appreciation by all. Turkey is seen as an example in every area including its service capacity, vaccination speed, economic assistance and the continuation of production. Having already vaccinated some 9 million citizens, which is over 10 percent of its population, Turkey is now one of the top five countries in the world in terms of vaccination figures.”

Further stressing that Turkey will continue to stand by its every citizen in every area that is needed in accordance with the future course of the pandemic, President Erdoğan added: “Closely following the developments across the world and particularly in Europe, we are constantly updating our strategy in the fight against the pandemic. In this regard, we are starting the new controlled normalization process today as we have promised to our nation.” 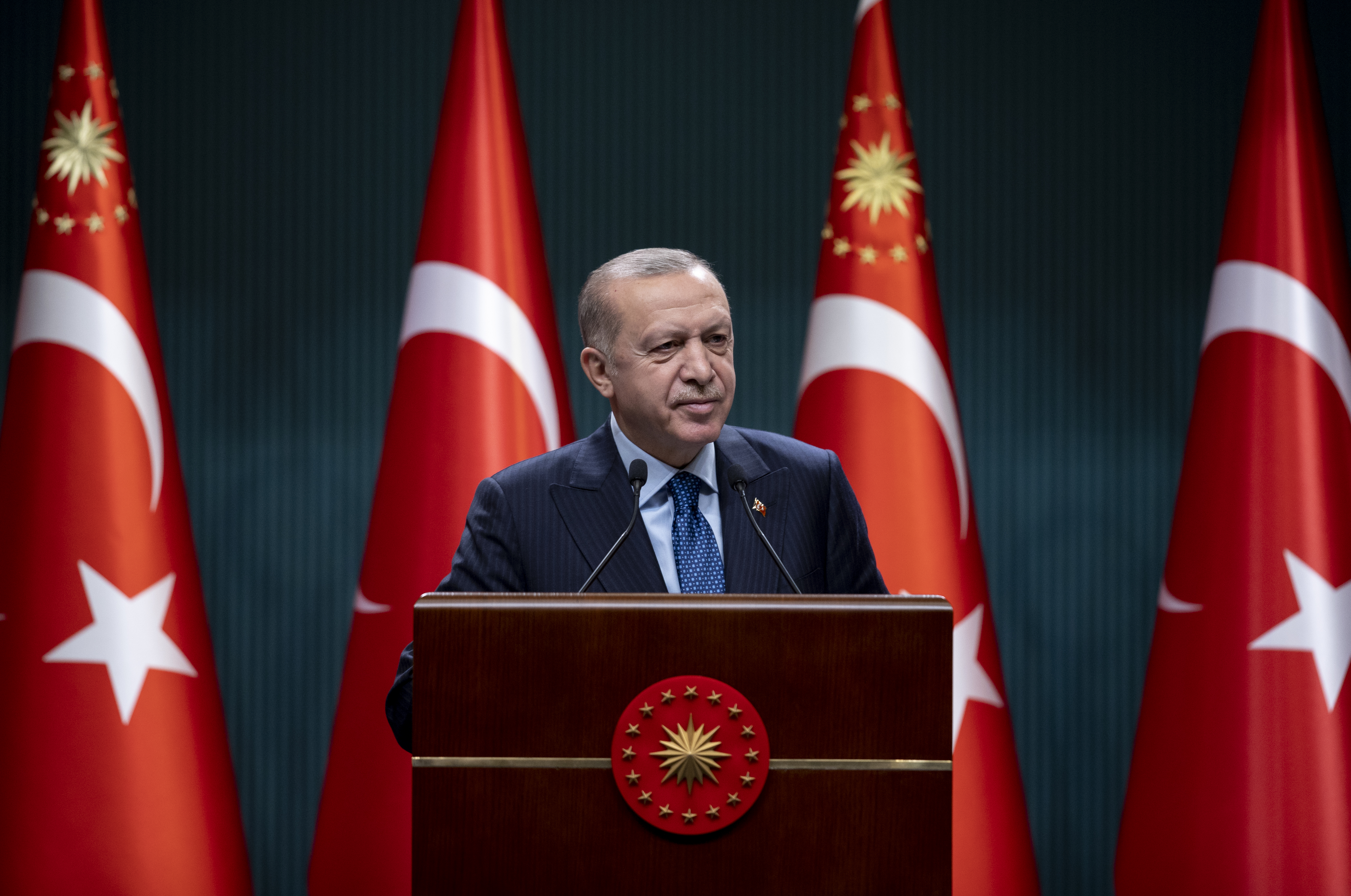 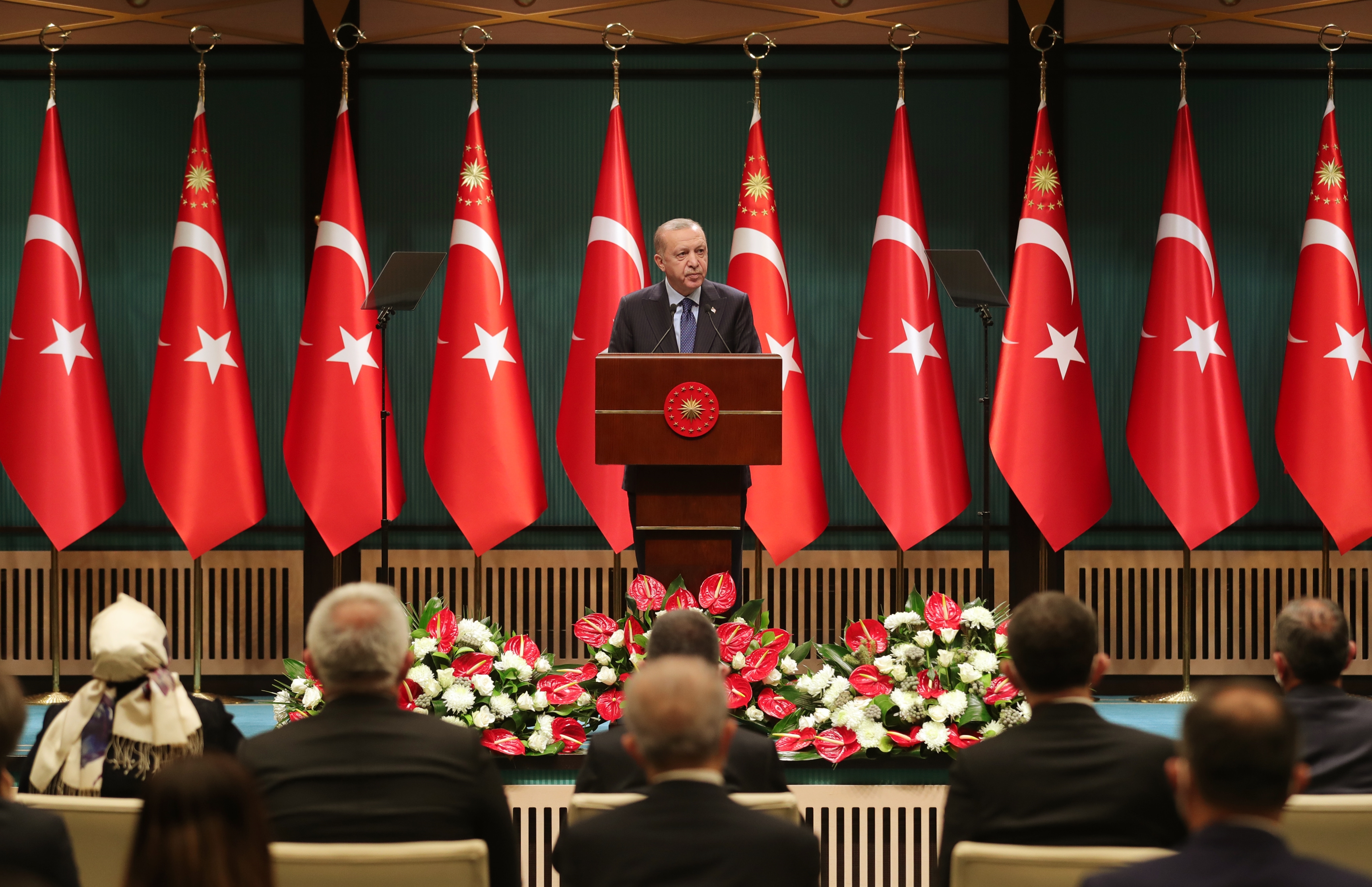