President Recep Tayyip Erdoğan met with the members of TÜBİTAK Covid-19 Turkey Platform.
President Erdoğan visited the facilities after the Inauguration Ceremony for TÜBİTAK Centers of Excellence.
Erdoğan then returned to the ceremonial ground and met with the members of TÜBİTAK Covid-19 Turkey Platform. The meeting was held closed to the press.
Speaking for a minute, each member explained the developments in domestic and national pharmaceutical production. President Erdoğan gave the order to bring the issue to the agenda at the Cabinet Meeting to be held tomorrow in Ankara.
It was specified at the meeting that 18 projects, as 10 drug development projects focusing on treatment and 8 vaccine development projects focusing on immunity, have been carried out under the Covid-19 Turkey Platform, coordinated by TÜBİTAK Marmara Research Center (MAM) Genetic Engineering and Biotechnology Institute.
It was noted in the meeting that the platform featured three molecular modelling modules for drug development, two domestically-manufactured synthetic drug synthesis and production, two convalescent plasmas, three recombinant neutralizing antibodies and eight different prospective vaccines, as well as 436 researchers, 167 of whom being intern researchers on STAR scholarship program.
It was stated that Turkey came third after the USA and China in the WHO's list of countries that have been working to develop vaccines using domestic sources.
The platform had convened for the first time at the end of January before the pandemic entering through Turkey's borders.
Also in attendance of the meeting were Minister of Industry and Technology Mustafa Varank, Minister of Youth and Sports Mehmet Muharrem Kasapoğlu, Director of Communications Fahrettin Altun, and Presidential Spokesperson İbrahim Kalın.
Thereafter, President Erdoğan moved on by helicopter to the Inauguration Ceremony for Kocaeli University Health Facilities and Research Centers. 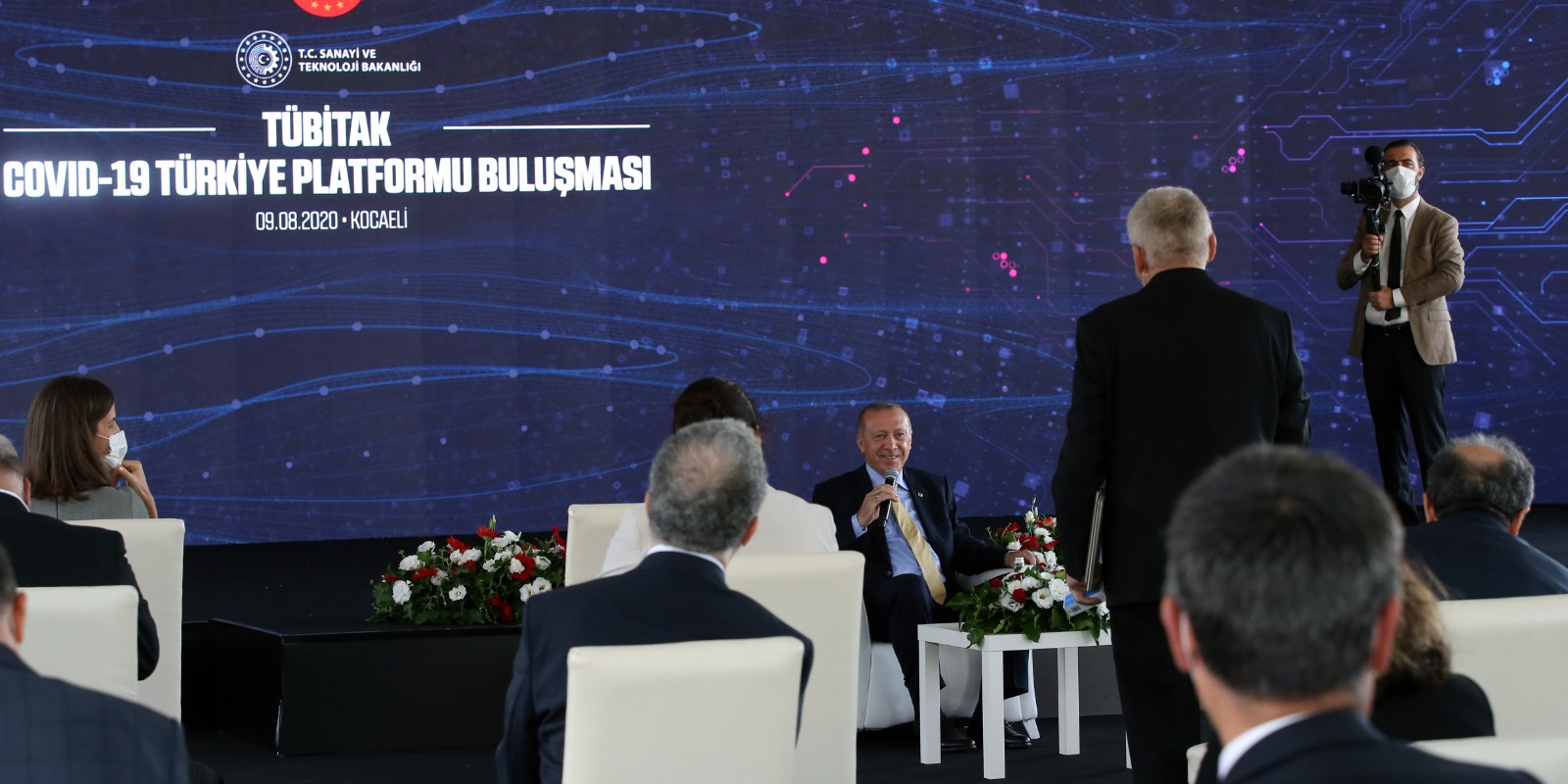 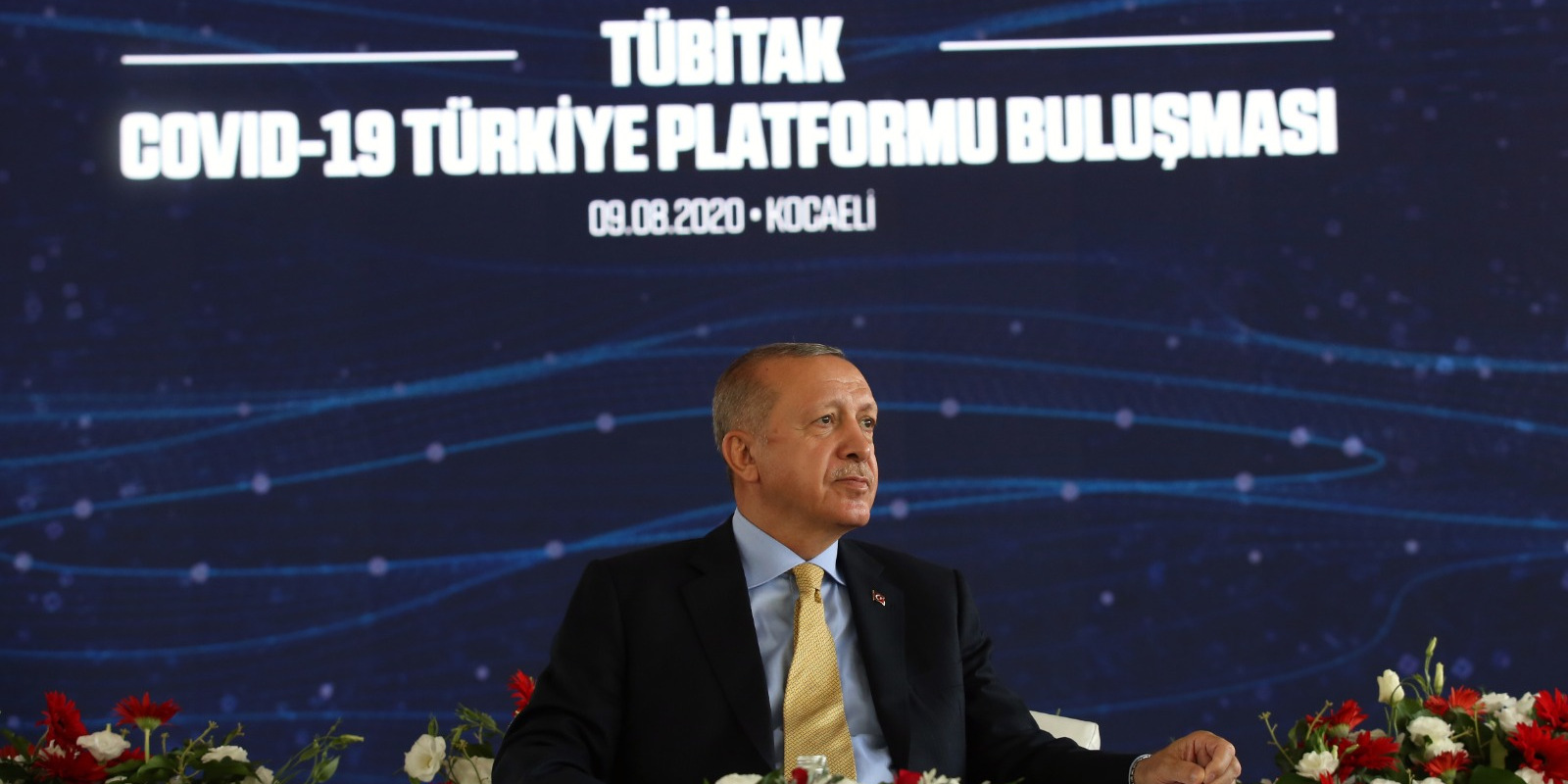 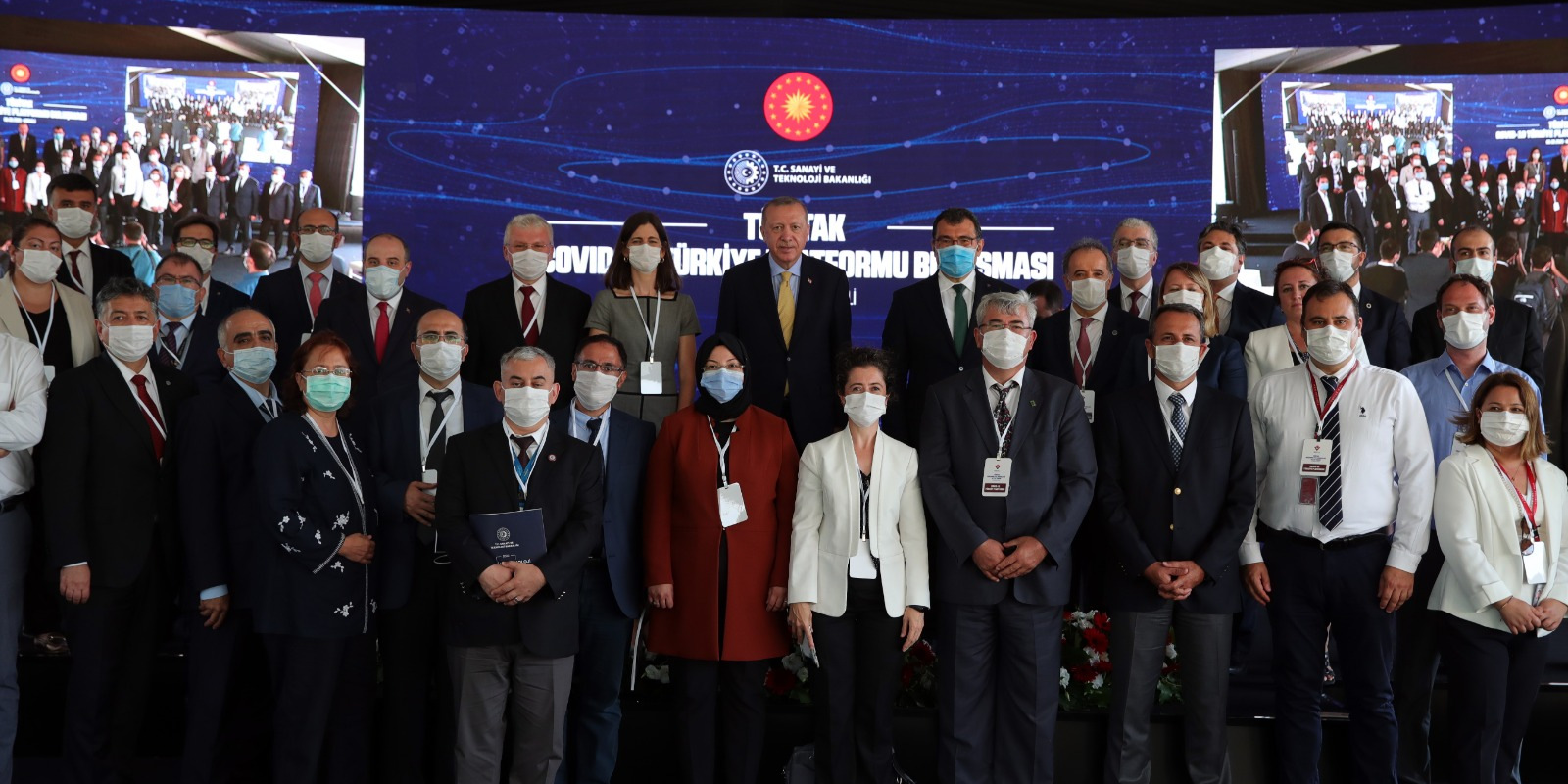