Director of Communications Altun: Nowhere in the world do we abandon our people

Director of Communications Altun: Nowhere in the world do we abandon our people

Delivering a speech at the programme held at Sirkeci Train Station, where TRT Türk’s renewed content was introduced, Presidency’s Director of Communications Fahrettin Altun stated that under the leadership of President Recep Tayyip Erdoğan, significant steps have been taken to further strengthen Türkiye in the geography where the Turkish diaspora is located, and added: “All these steps were very important for our citizens abroad for them not to feel alone, for the problems they faced to be resolved quickly, and for strengthening their ties with their homeland and consolidating their sense of belonging.”

Beginning his speech by congratulating the month of Ramadan, Director of Communications Altun remarked that coming together in a historical venue like Sirkeci Train Station is particularly meaningful, considering that the target audience of TRT Türk is citizens abroad. Director of Communications Altun stated that Sirkeci Station was the point of departure for most of the citizens who went abroad, to foreign lands, years ago with their suitcases in their hands.

Stating that his own parents were among those citizens, that they left the country in 1971, and that this station was also the place where they reunited with their loved ones when they returned to their homeland with homesickness in their hearts, the Director of Communications recalled the words of French philosopher Gaston Bachelard, “In its countless alveoli space contains compressed time.”

Explaining that these words are valid in essence for this place as well, Director of Communications Altun said that there are happy and sad memories in every corner of this place, and that they are witnessing the new journey of the TRT Türk channel together today.

Pointing out that since the first day of its establishment, TRT Türk has always been in a very special position for citizens, kin and fraternal communities abroad, Director of Communications Altun emphasised that it performs a critical function in terms of the continuity of their ties with the country and culture.

Noting that TRT Türk has now strengthened this important position with its new channel identity and original content with the motto “We Are Wherever You Are”, Director of Communications Altun said, “What does this mean? This means that TRT Türk shows more effectively and powerfully that it is there for our citizens in every corner of the world.”

Emphasising that under the leadership of President Erdoğan, Türkiye has made great strides, particularly in the last two decades, Director of Communications Altun said:

“We have gone through a great development and democratisation initiative. With these initiatives, our country has gained strength in foreign policy and economy, reinforced its position as a regional power, and continues to take firm steps towards becoming a global power. Of course, in this process, under the leadership of our President, we have taken significant steps to further strengthen Türkiye in the geography where the Turkish diaspora is located. We increased the number of our foreign missions while also establishing new institutions such as the Presidency for Turks Abroad and Related Communities, the Yunus Emre Institute, and the Maarif Foundation. All these steps were very important for our citizens abroad for them not to feel alone, for the problems they faced to be resolved quickly, and for strengthening their ties with their homeland and consolidating their sense of belonging. Our citizens have also benefited from these steps in order to live more confidently and proudly in the countries they live in, and they have repeatedly expressed their satisfaction with this on various occasions. Of course, we are happy to see this.”

“It is critically important that our broadcasts reach our citizens and cognates in different countries.”

Touching also upon Türkiye’s efforts during the pandemic, Director of Communications Fahrettin Altun said, “In the fight against the pandemic, we have shown that nowhere in the world do or will we abandon our people. We have shown and are showing this again in the Ukraine-Russia war these days. During the pandemic, we brought Turkish citizens from different geographies to our country with ambulance and evacuation aircraft. We also evacuated thousands of our citizens from the conflict zones in Ukraine in a very short period of time.”

Emphasising the Ministry of Foreign Affairs’ great success in this process, Director of Communications Altun said:

“We have all witnessed how, through the Republic of Türkiye’s successful operations, citizens of numerous countries, in addition to our own, have been rescued from risky zones. TRT Türk, which is the reflection of this approach of our country in television broadcasting, has critical importance in touching the lives of our citizens abroad. Without a question, communication and television broadcasting have taken on a significant role that concerns public diplomacy in the modern era. Naturally, at this stage, we must bolster these efforts. We live in an era where communication is more strategic, significant, and valuable than ever in international relations. It is critical that our broadcasts reach our citizens in many parts of the world, as well as our cognates in lands dear to our hearts.”

Director of Communications Altun highlighted TRT’s great responsibility in communicating Türkiye’s voice to the globe and the Turkish diaspora in the most accurate and impactful manner possible and added, “It is a matter of pride for us that TRT’s national and international channels showcase the best examples of public broadcasting. TRT also acts as a way of preserving and enhancing our national and moral values and culture through its thematic channels, educational/didactic programmes, and broadcasts in multiple languages. In this regard, TRT is a vital tool for conveying Türkiye’s significant breakthrough over the past two decades to the world community and ensuring that the public is properly informed. TRT Türk, which reaches our citizens worldwide through its broadcasts in this direction, takes a wise move as of today, ushering in a new era of more unique and exclusive contents. Due to the fact that the majority of our citizens overseas reside in European countries, we are obligated to offer more privileged, well-selected, unique, and exclusive broadcasts for these countries.”

Recalling that it has been 60 years since Turkish citizens began migrating to Europe as a workforce, Director of Communications Altun said that those individuals had made significant contributions to the countries where they dwelt in terms of politics, society, economy, culture-arts, and sports as well as putting their signatures under success stories.

Director of Communications Altun continued, “Regrettably, numerous attacks on our citizens in Europe, ranging from discrimination to racism and violence, continued to occur during this time. Despite this, they never wavered in their commitment to coexist peacefully as equal members of the society in which they live. Thus, I consider such broadcasting absolutely essential, as it covers topics relevant to our citizens living abroad and enhances their ties to their homeland. I believe that a private channel like TRT Türk will help our nationals living abroad become more integrated with the country they live in by also retaining their own culture. Additionally, it is critical for TRT Türk to be positioned as a family station in the new broadcasting era.”

Director of Communications Altun remarked that TRT Türk’s broadcasts, which contain a diverse spectrum of new programmes ranging from education to culture, health to social security and appeal to audiences of all ages and genders, will garner significant attention, and that he believes programmes focused on the daily lives of citizens abroad and the coexistence of diverse cultures will also be instrumental in breaking down prejudices towards Turks and Muslims in Europe.

Director of Communications Altun added that through these broadcasts, TRT Türk would contribute to preserving cultural memory as well as national and moral values among citizens in Europe and Türkiye. 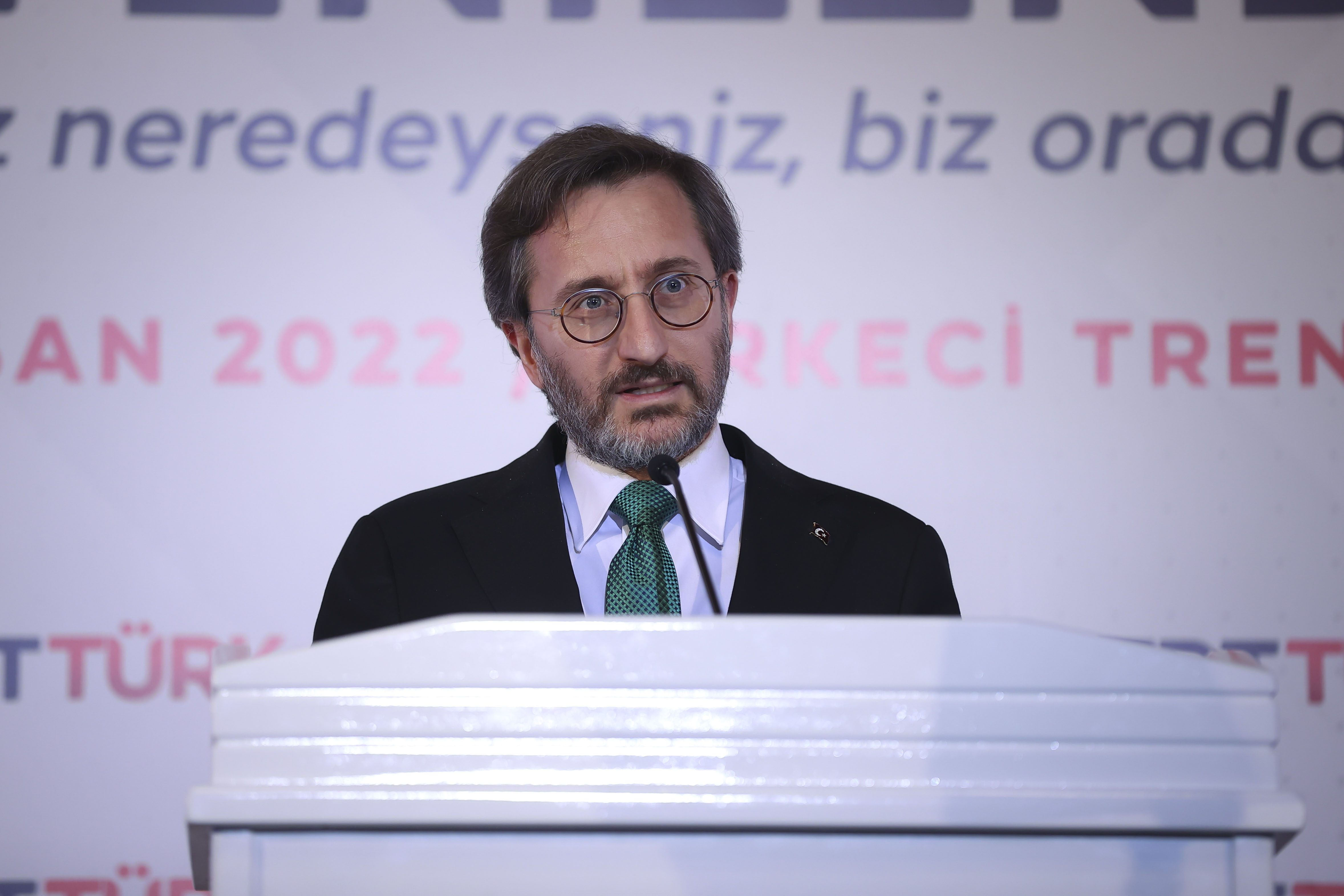