President Recep Tayyip Erdoğan, who is paying a working visit to Russia, met with Russian President Vladimir Putin in Sochi.

Speaking to reporters ahead of the meeting, President Erdoğan thanked President Putin of Russia and expressed his happiness to be coming together again 17 days after the Tehran visit.

Noting that the delegations of the two countries had very fruitful meeting in Türkiye, President Erdoğan said that today’s bilateral meeting in Sochi is of great importance in terms of demonstrating the role Türkiye and Russia play in the region.

Stating that the developments in Syria will also be on the agenda of their tête-à-tête, President Erdoğan underlined the importance of solidarity between Türkiye and Russia in the fight against terror and added that their talks will help them take stronger steps on the issue.

Touching upon the ongoing works related to the Akkuyu Nuclear Power Plant as well, President Erdoğan stressed that it is of critical importance for the construction of the Akkuyu NPP to continue in line with the prescribed timeline considering that the plant is expected to supply 10 percent of Türkiye’s energy need.

President Putin of Russia, for his part, thanked President Erdoğan for his contributions to the shipment of Ukrainian grains from the Black Sea ports.

Pointing out that the Syrian crisis and regional security will also be on the agenda of their meeting today, President Putin noted that Türkiye and Russia significantly contribute to the normalization of the situation in Syria. 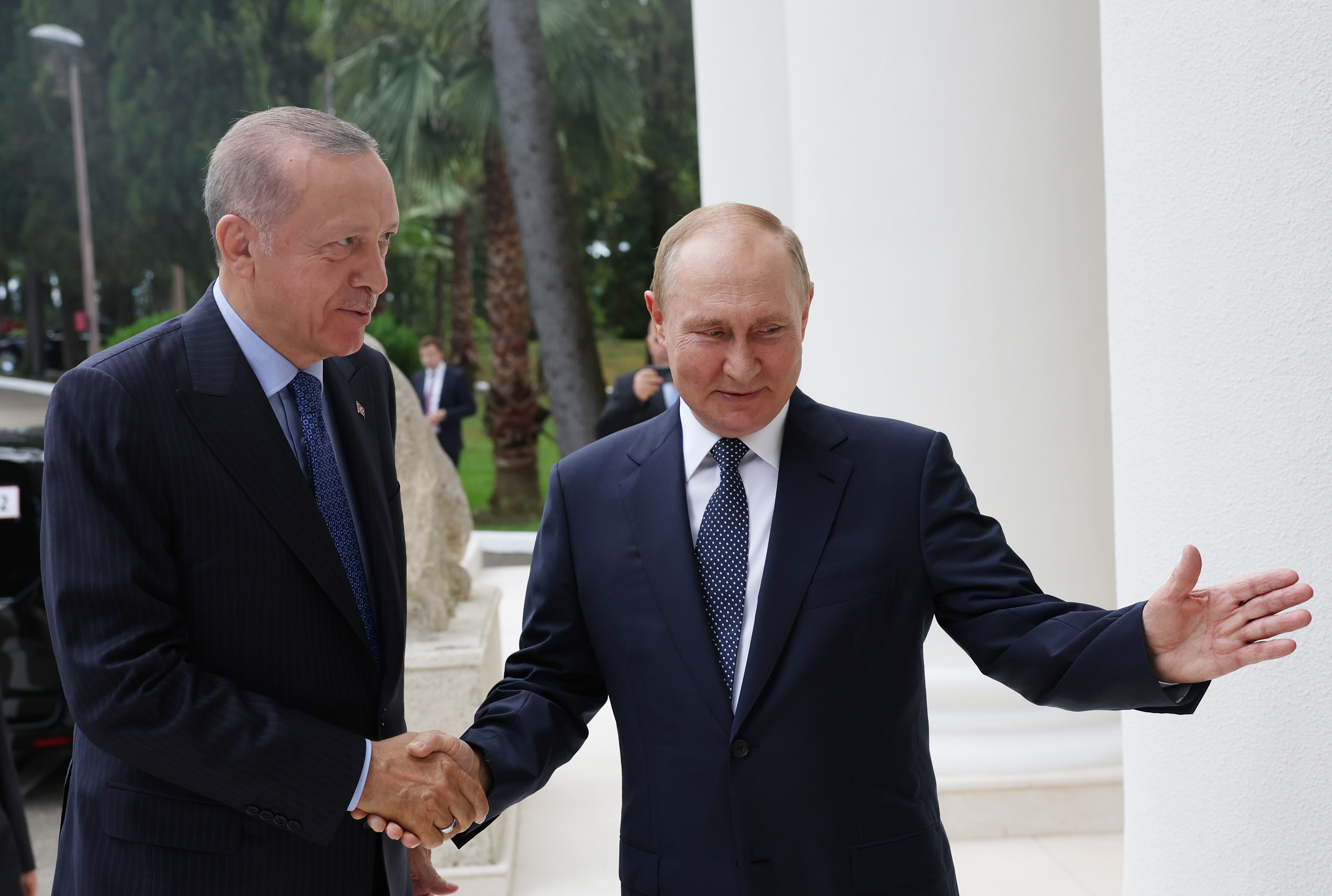