President Recep Tayyip Erdoğan attended the ground-breaking ceremony of the highway construction in the city of Fuzuli, which Azerbaijan liberated from the occupation of Armenia.

As part of his visit to Azerbaijan, President Erdoğan, with President Ilham Aliyev of Azerbaijan, examined Fuzuli International Airport, where they were presented with the symbolic keys of the airport by women in local clothes in memory of the day.

After the inspection at the airport, the two leaders attended the ground-breaking ceremony of the Ahmetbeyli-Fuzuli-Shusha and Ahmetbeyli-Horadiz-Minjivan-Aghband highway construction.

After being briefed by officials regarding the construction works in the region, President Erdoğan and Aliyev pressed the button to lay the foundation stone for the highway.

President Erdoğan and President Aliyev of Azerbaijan placed a capsule containing the text they signed in memory of the day on the foundation.

The text reads, "The foundation stone of the Horadiz-Jabrayil-Zangilan-Aghband (Zangezur Corridor) highway was laid by President Ilham Aliyev of Azerbaijan and President Recep Tayyip Erdoğan of Türkiye. October 26, 2021." 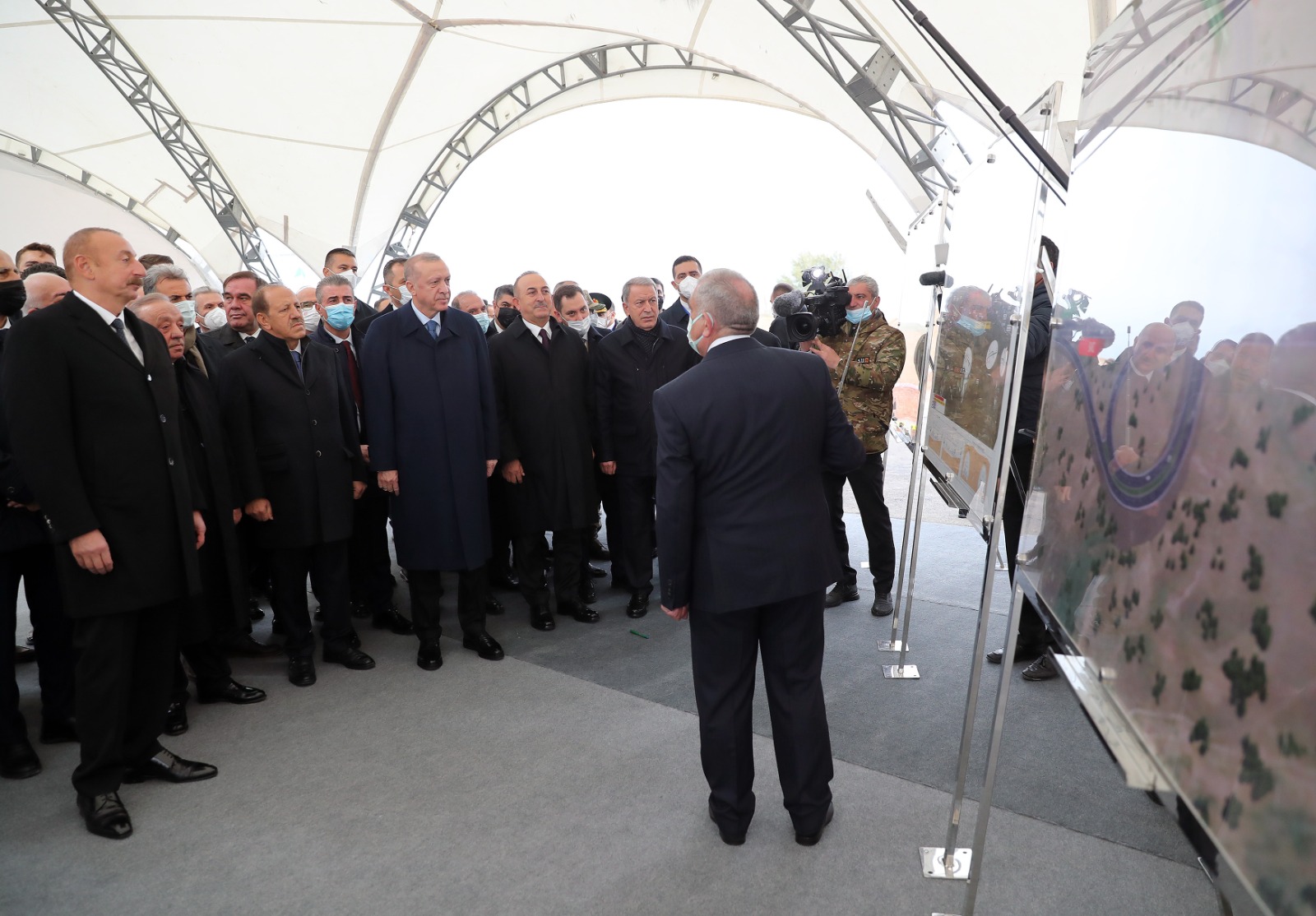 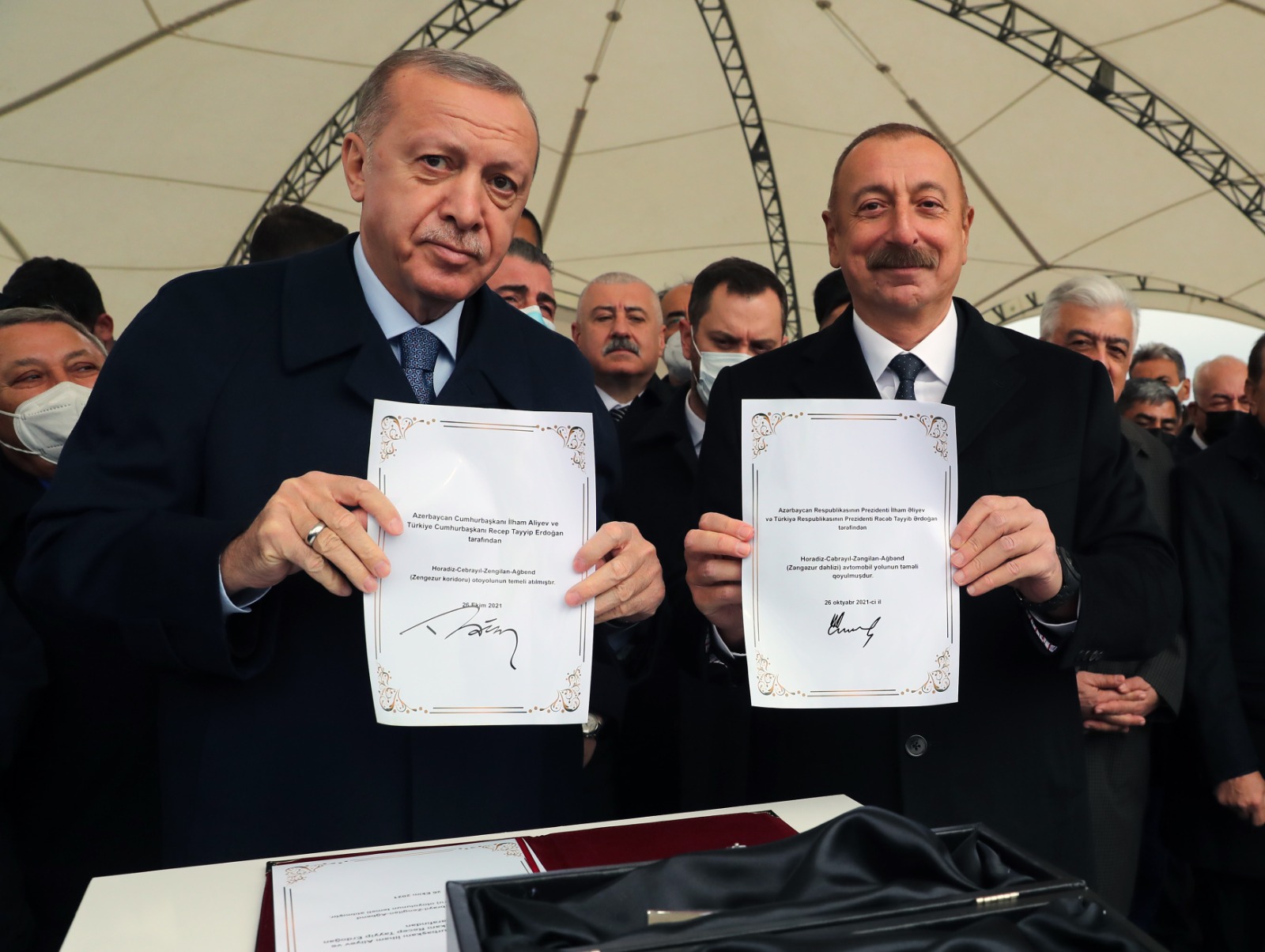 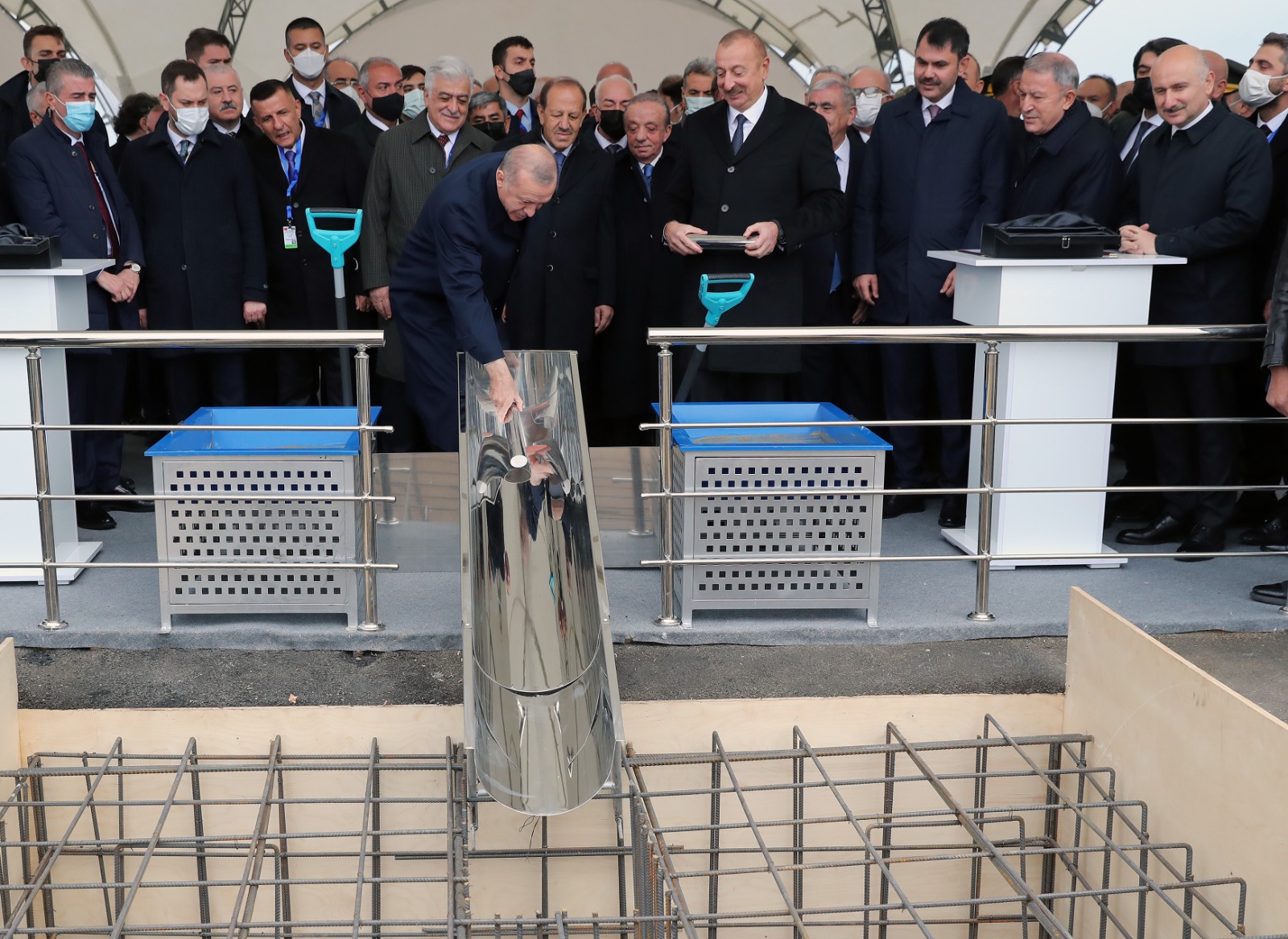