The first meeting of the Türkiye-Azerbaijan Joint Media Platform was held as part of the Turkic Council Media Forum, hosted by the Presidency's Directorate of Communications in Istanbul, with the theme "Deep-rooted Past, Strong Future".

Delegations composed of officials from both countries' media and communication organisations attended the meeting, chaired by Presidency's Director of Communications Fahrettin Altun and Assistant to the President of Azerbaijan Hikmet Hajiyev.

Within the framework of the slogan "Two States, One Nation, Joint Media," topics such as increasing cooperation and coordination in the fields of traditional media, digital media, strategic communication and public diplomacy, as well as joint fight against disinformation, were discussed at the meeting with the aim of fostering the friendly relations between the two countries in the field of communication.
At the meeting where issues regarding the institutional structuring of the Türkiye-Azerbaijan Joint Media Platform were also discussed, the decision was made to establish committees for "public diplomacy", "international media", "strategic communication", "education", "legislation and regulation", and "digitalisation and internationalisation" within the scope of the platform.

In his speech at the meeting, Director of Communications Altun stated that the Joint Media Platform, which became official with the "Memorandum of Understanding (MoU) between Türkiye and Azerbaijan on Strategic Cooperation in the field of Media" signed on December 10, 2020, under the auspices of President Recep Tayyip Erdoğan and President of Azerbaijan Ilham Aliyev, was a very valuable step in institutionalizing the relations between the two countries, which have further improved in recent years, in the field of media and communication.

Stating that substantial achievements were made during the liberation of Karabakh as a result of the close cooperation not only in the military and political sense, but also in the field of communication and media, Altun said, "We attach great importance to the strengthening of Türkiye-Azerbaijan cooperation in the fight against fake news and disinformation in the fields of media, communication, and public diplomacy. We agree on the need for sharing experiences, seizing opportunities, developing institutional capacity, and conducting joint efforts in these fields."

"A strong perspective, a dynamic structure"

Altun stated that the Joint Media Platform constituted a significant step forward in terms of the Turkish and Azerbaijani media acting in an integrated manner, effectively informing the two countries' public opinion accurately, and developing common strategies for combating systematic disinformation and black propaganda activities carried out by foreign countries, particularly on digital media platforms.
Altun stated that in line with the goals set by the leaders of the two countries, they would carry out works that will bring resounding attention to both the peoples of Türkiye and Azerbaijan and the international community, with a strong perspective and dynamic structure under the umbrella of the Joint Media Platform.

"At a time when we are faced with intense disinformation and black propaganda activities against our countries, it is more essential than ever for us to cooperate and work in coordination. With these joint steps, we will carry out works that will show the power of the two states to the next generations. At the same time, we will explain the unity of our countries and the power of our states to the world public through short, medium and long-term strategic communication campaigns. The Joint Media Platform and the six committees we have agreed upon will strengthen our deep-rooted relations and contribute to the effective delivery of our rightful struggle to large masses."

"Our Joint Media Platform will become even more effective"

On the other hand, Assistant to the President of Azerbaijan Hikmet Hajiyev reminded that the cooperation between Türkiye and Azerbaijan during the rightful struggle that brought the Karabakh Victory, which was also displayed in the field of communication, gained an institutional identity through the Joint Media Platform.

Stating that successful results were achieved in a short time thanks to the unity and solidarity displayed in the field of media and communication, Hajiyev said, "Today, thanks to our leaders, Azerbaijan-Türkiye relations have reached such a level that it is our historical duty to maintain that level, take it further and ensure that future generations carry the same feeling hundreds of years later. With the will and determination of our leaders, our Joint Media Platform, which has become one of the important elements of the brotherhood and strategic alliance of the two countries, will become even more effective by completing its institutional structuring."

Hajiyev added that they wanted to benefit more from Türkiye's experience in countering the ongoing disinformation attacks against Azerbaijan in social and international media. 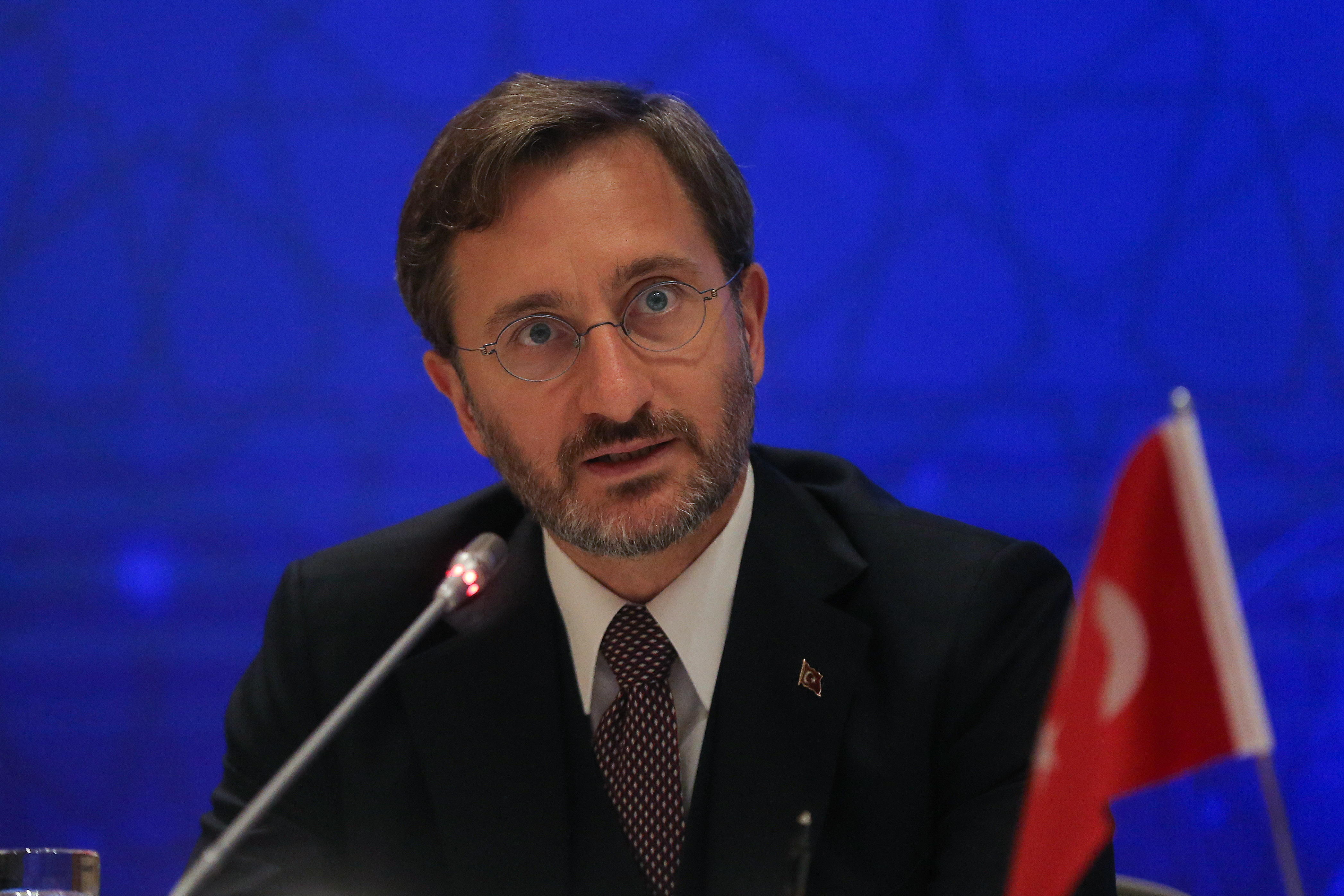 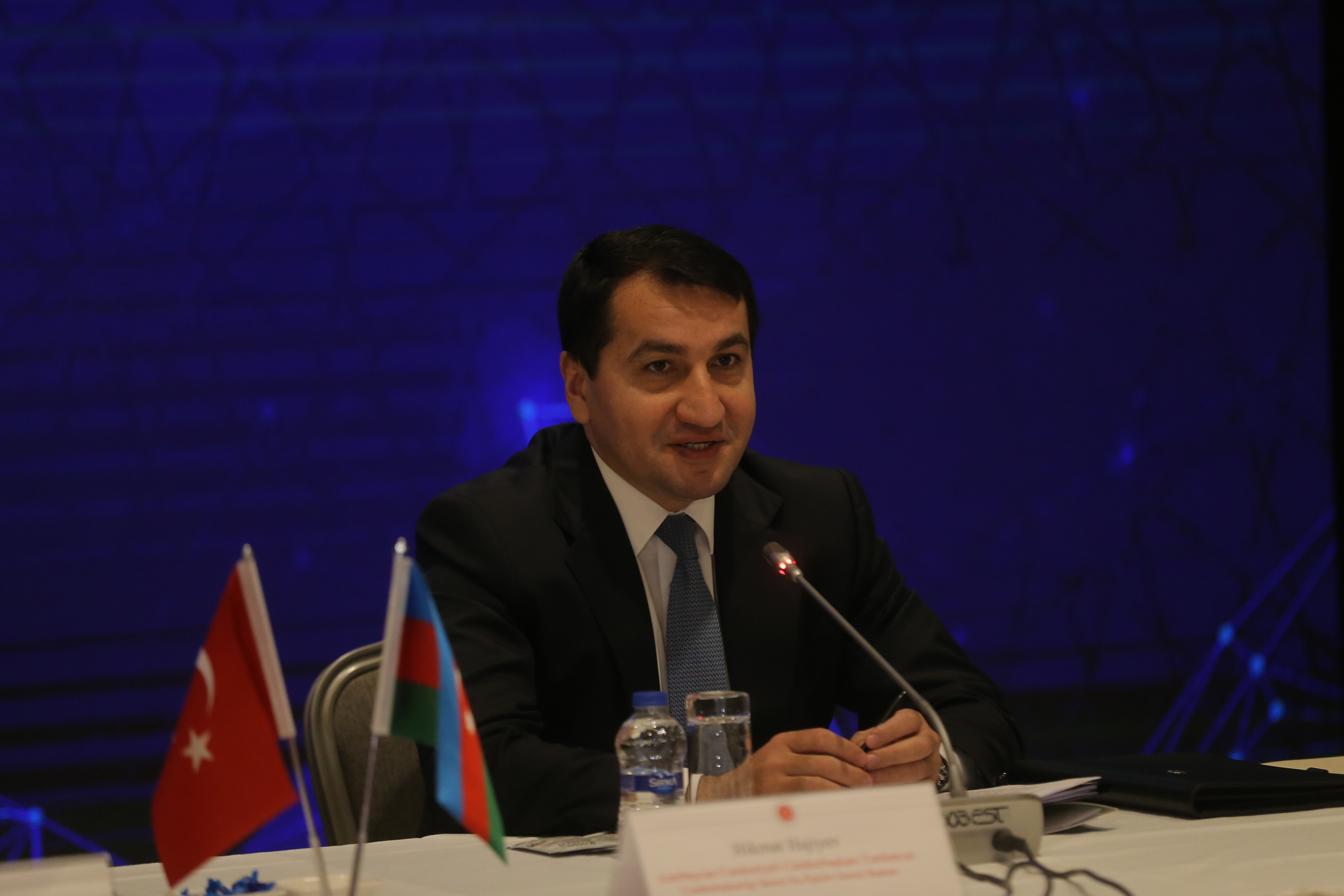 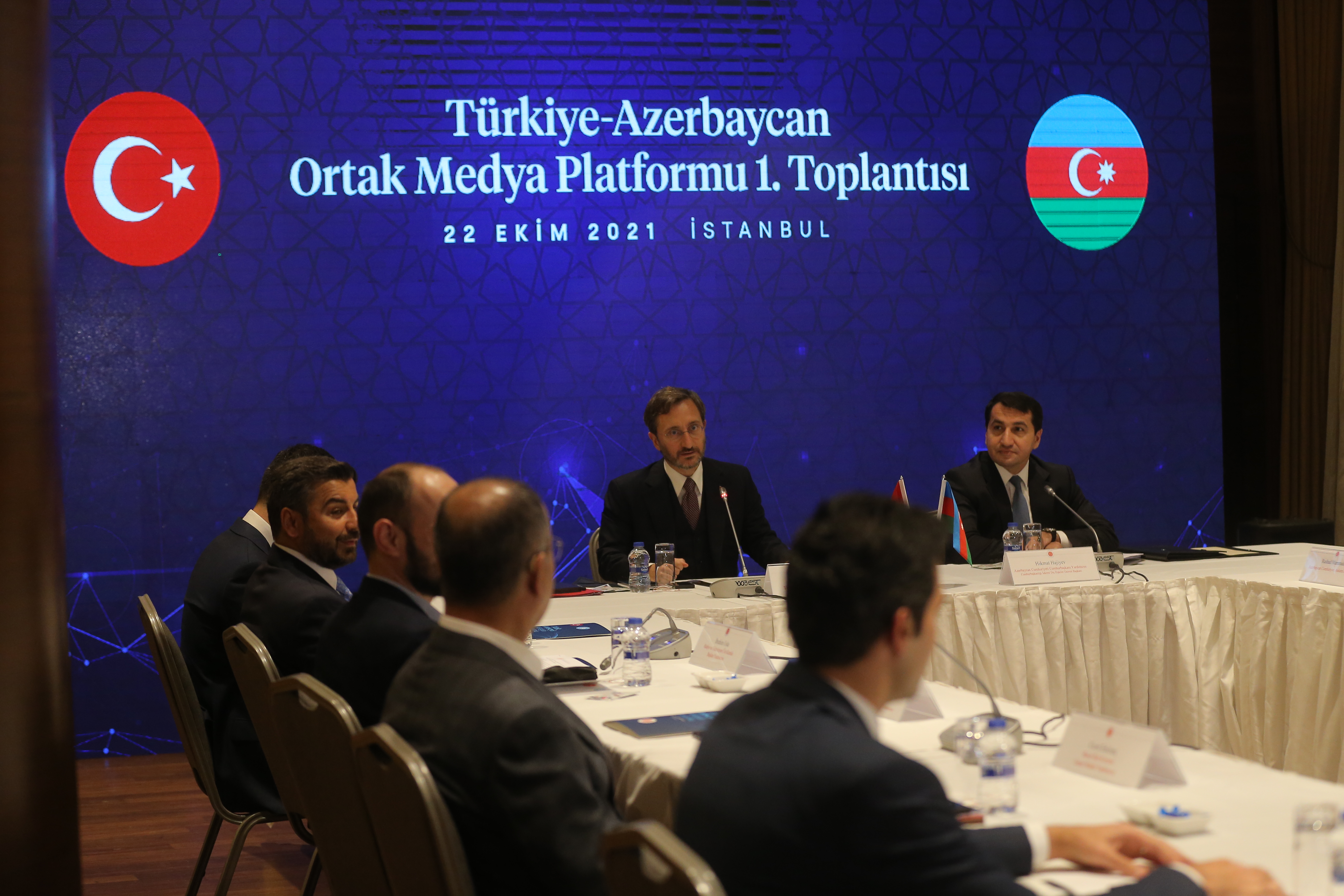 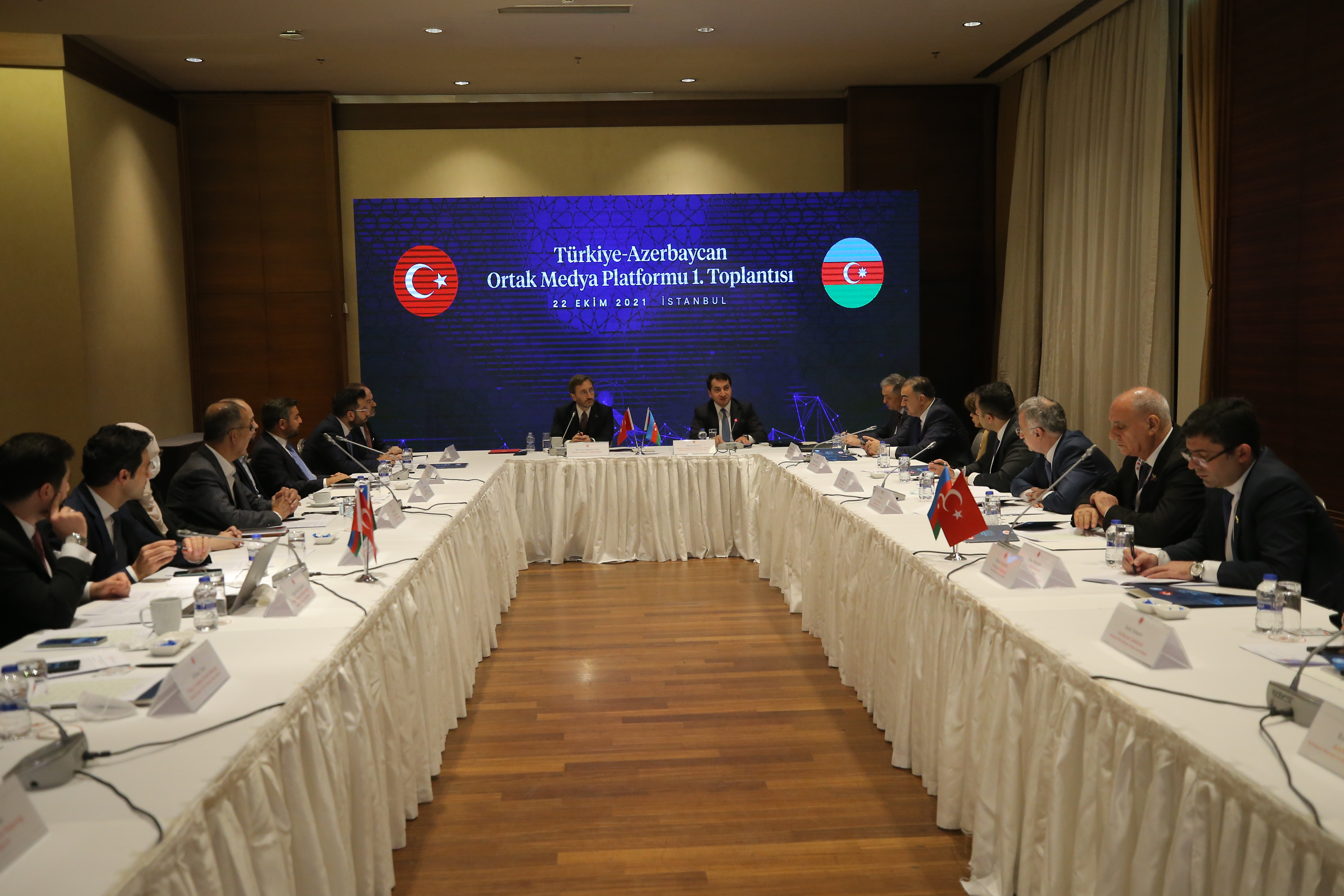 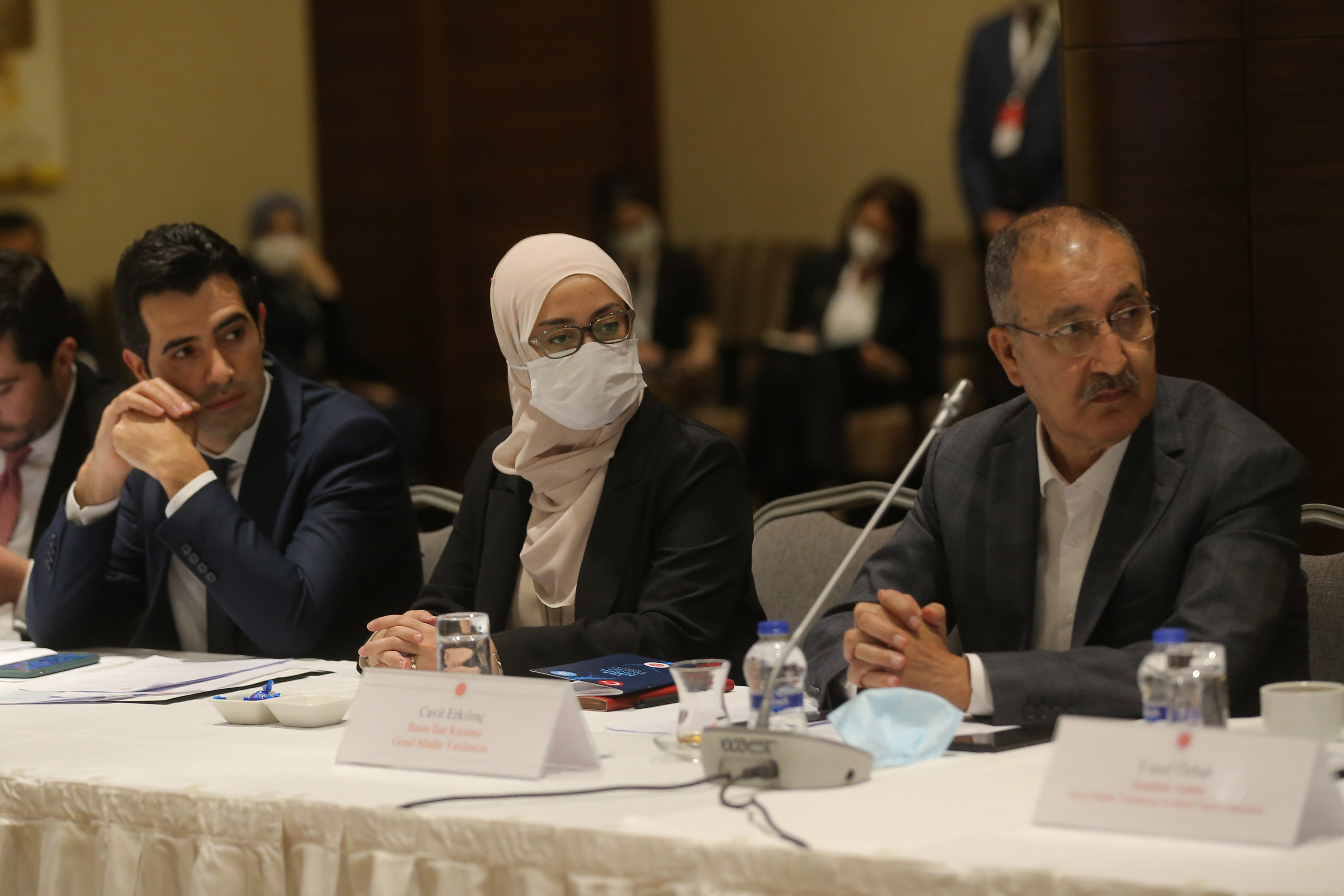 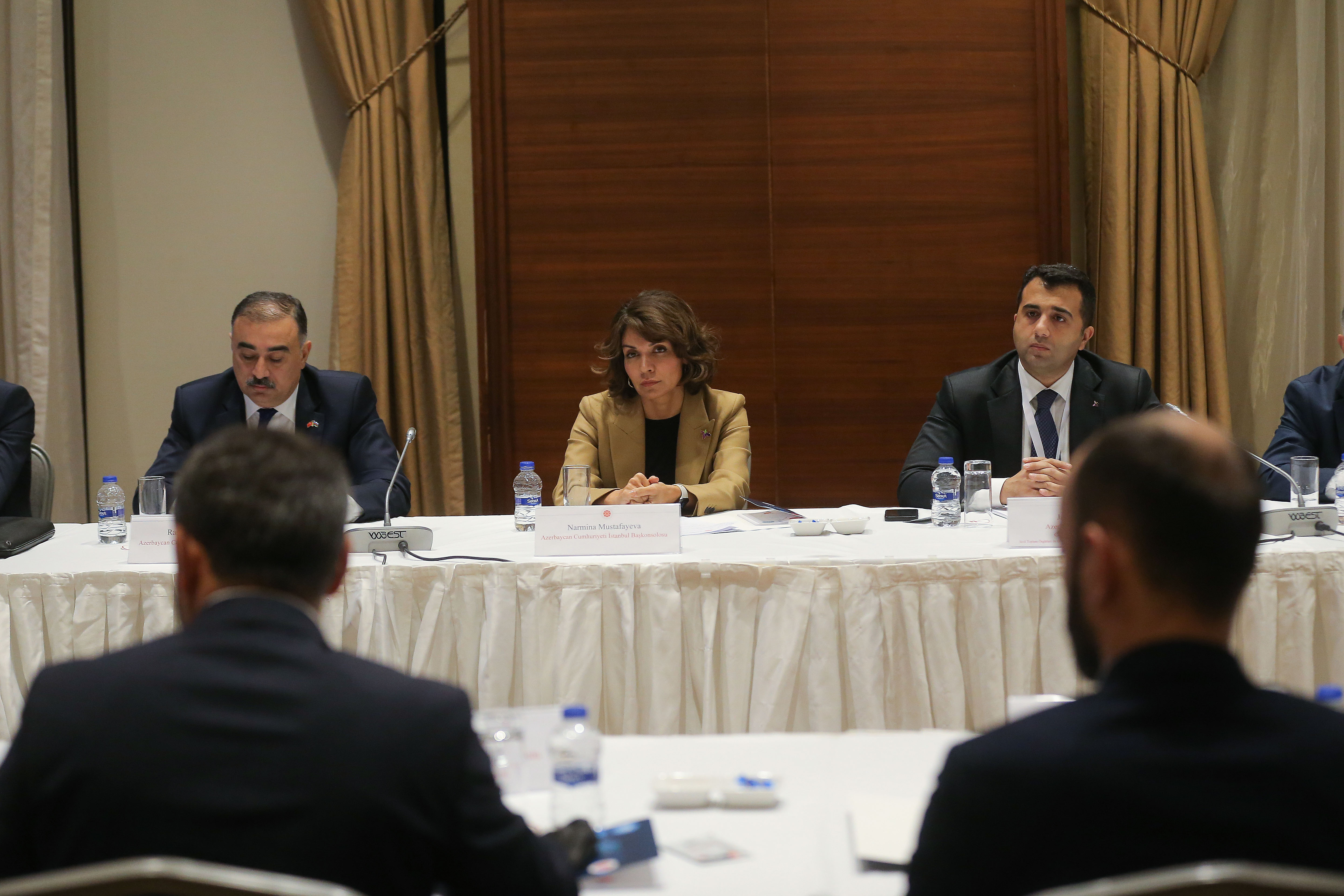