The Defence Industry Executive Committee convened under the chairmanship of President Recep Tayyip Erdoğan. The meeting at the Presidential Complex lasted 2 hours and 20 minutes.
"Defence Industry Executive Committee informed that Turkey would resolutely continue on its path towards fully independent defence industry".
At the meeting, where developments in the defence industry were discussed, various projects related to electronic warfare, cyber security, communications, weapons, ammunition, missiles and various platforms were concluded in order to add new domestic and national systems to the ones that have already been in use by the Turkish Armed Forces and security units.
It was highlighted as an agenda item in the meeting that many systems employed in recent operations successfully conducted within and beyond our borders by our Turkish Armed Forces and security units were designed, developed, and manufactured by the Turkish defence industry, and the importance and value of the domestic and national defence industry were once more underlined.
It was stated in the meeting that our defence industry continued its work in critical projects without interruption during the Covid-19 pandemic period and undersigned important breakthroughs in the domain of domestic and national technology; and that the work would be ensured to continue with increased determination, with special importance attached to experience sharing between sectors, and to export activities. Turkey will resolutely continue on its path towards fully independent defence industry. 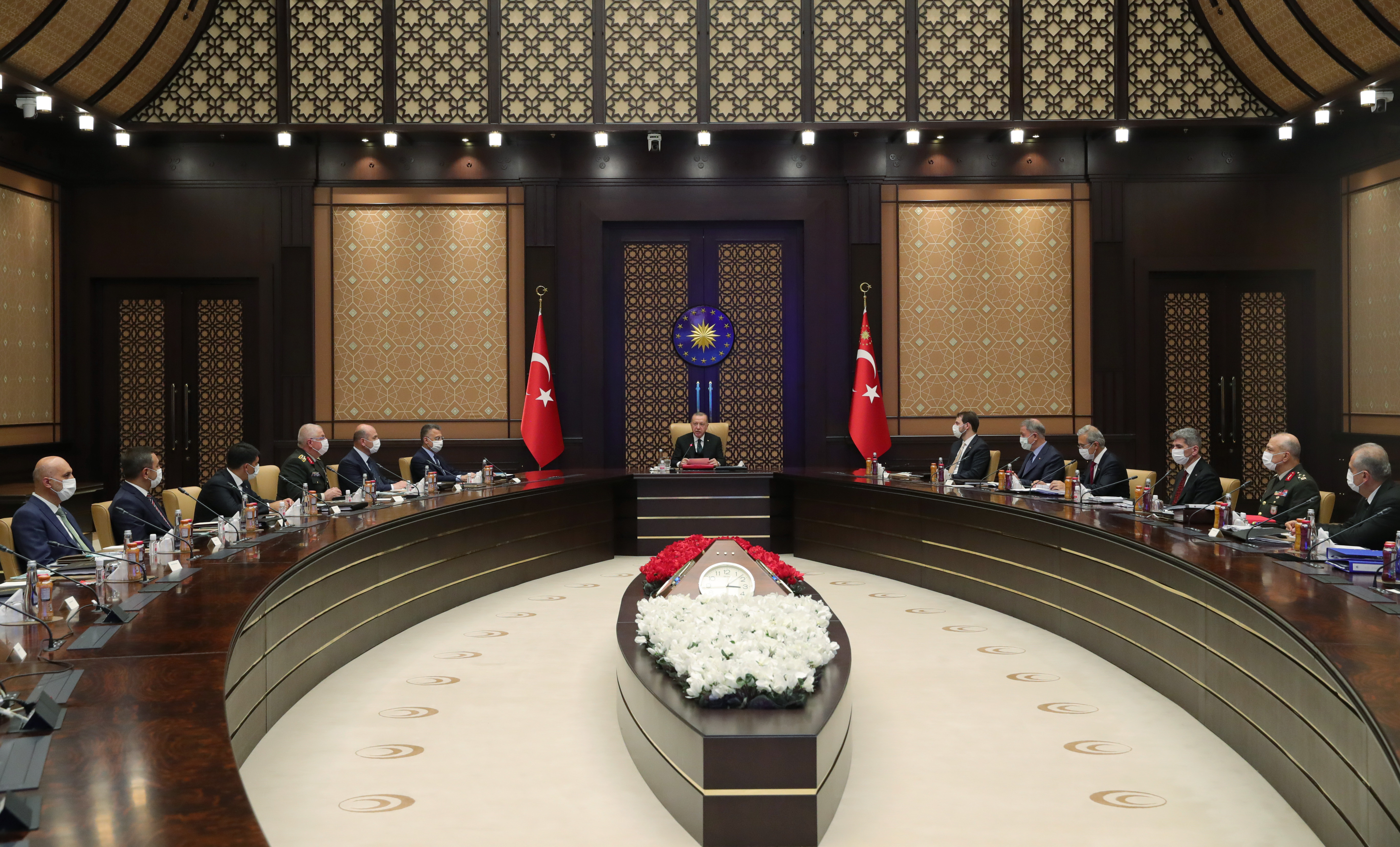