President Erdoğan in the UK

President Erdoğan in the UK

President Recep Tayyip Erdoğan flew by "TRK" plane to London, the capital of the UK, to attend NATO Leaders Meeting.

President Erdoğan later arrived at the hotel where he will be staying.

President Erdoğan received a warm welcome from the Turkish citizens living in London. In response, the President and the First Lady got out of their vehicle to greet citizens.

Responding to a reporter’s question about the meeting on Syria to be held ahead of the Summit and which topics would be raised during the meeting, Erdoğan said tonight’s meeting would focus more on Syria.

Indicating that a quadrilateral meeting with France, Germany, and the UK would be held, President Erdoğan noted the following:  “It will be a short meeting. We will have a chance to assess particularly the latest developments in Syria. We will evaluate the progress of Operation Peace Spring as well as the extent to which the coalition powers have fulfilled their duties and what support they can provide to projects prepared by us. We will also hear what they will demand from us. I hope we will be able to elaborate on these topics in good faith.” 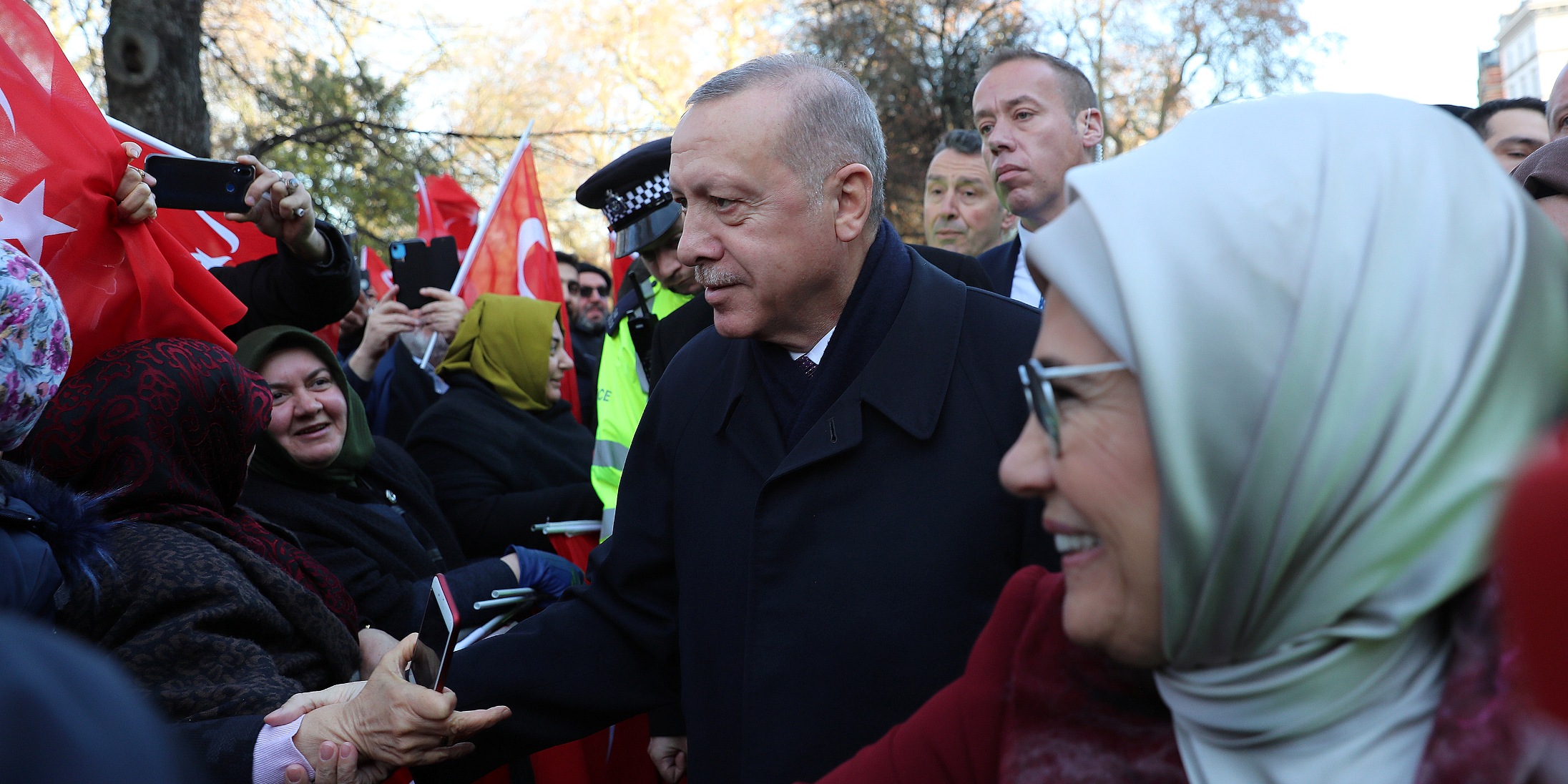