The concert organized as part of the symphonic work project under the coordination of the Directorate of Communications will meet the audience for the first time on television on the night of July 14.

The concert will also be broadcast on social media accounts of the Presidency and the Directorate of Communications.

The symphonic work called "Epic of July 15," notated by famous composer Fahir Atakoğlu, will be performed by the Presidential Symphony Orchestra (CSO), conducted by Maestro Cemi'i Can Deliorman, and the State Polyphonic Choir of the Ministry of Culture and Tourism, Directorate General of Fine Arts.

Anatolia News Agency (AA) took video footage of the rehearsal of the concert to be organized in the garden with a pool within the Presidential Complex.

Having put his signature under the soundtracks of the most popular documentaries in Turkey such as Demirkırat and Sarı Zeybek and also the most popular television series and movies such as Muhteşem Yüzyıl and Ayla, Fahir Atakoğlu accompanied the orchestra with his piano during the concert.

Speaking to an AA correspondent prior to the rehearsal, Atakoğlu indicated that the work he had composed for July 15 included a chronological narration, and said that he was honoured to perform this work, which would be performed for the first time, along with the Presidential Symphony Orchestra.

“I am proud and happy to have composed it for July 15, which is the victory of democracy and the will of the nation. I would also like to thank the President and the Directorate of Communications for giving me the opportunity to perform this work. This composition will appear on a pleasant page of the history of Turkish music and it allows everyone to remember July 15 through music. Besides this event, we are planning to perform this work as a continuation of the concert in many parts of the world and different countries in the wake of the pandemic,” said Atakoğlu.

Stating that the work "Epic of July 15," consisting of nine pieces composed for the orchestra and choir, was the manifestation of the years he has devoted to music, Atakoğlu said, “I hope our people will like it.”

Cemi’i Can Deliorman, the conductor of the CSO, stated that they were happy and honoured to perform the work, which has been composed by the maestro Fahir Atakoğlu for orchestras and choirs on the fourth anniversary of the epic of July 15.

Recalling that the melodies of Atakoğlu imprinted on people’s memories from movies and documentaries, Deliorman said, “This work will present July 15 to the audience like a scene from a movie. It will project the breaking points, moments, experiences, and emotions during that period just like a genuine film frame. Every work performed by the CSO has made it into our orchestra repertoire. I believe that it will be possible to perform this work not only on July 15 but during a concert season as well.”

“Marmaris and Martyrs Bridge” are also included in the piece

During the concert in which the virtuoso will be accompanying the orchestra with his piano, Sufi music artists Sami Savni Özer and Tuğçe Tayfur will also be performing. 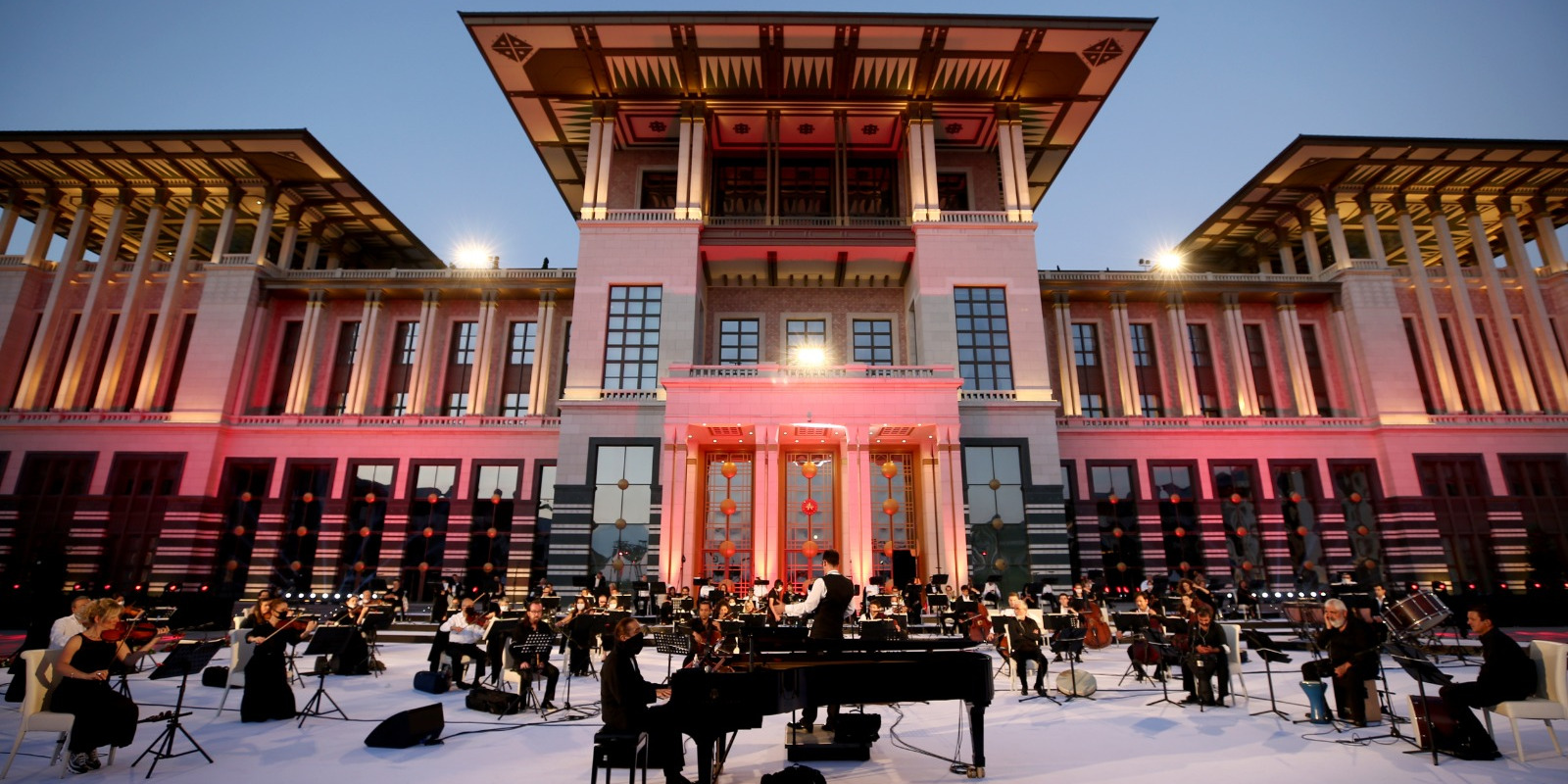 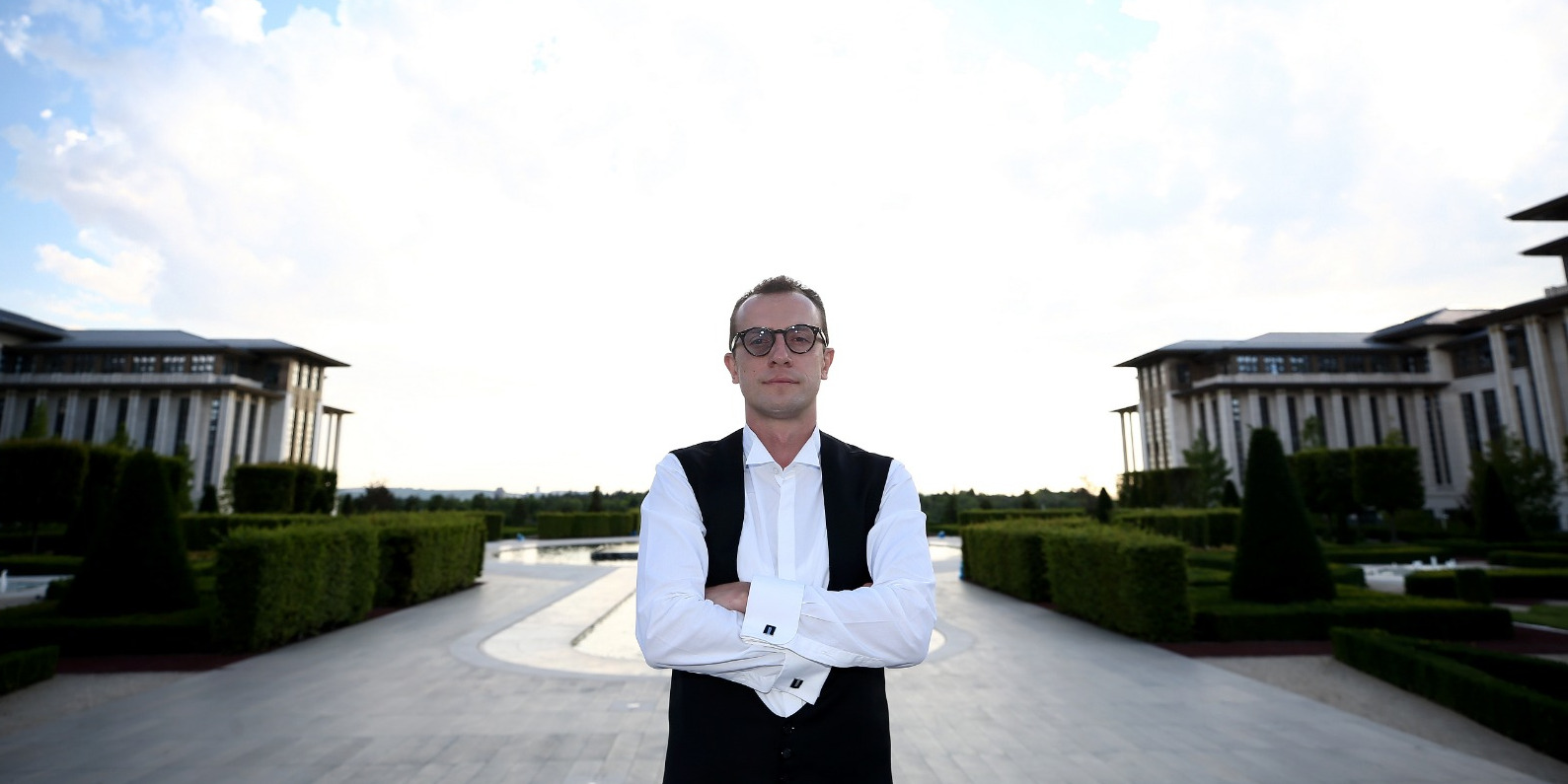 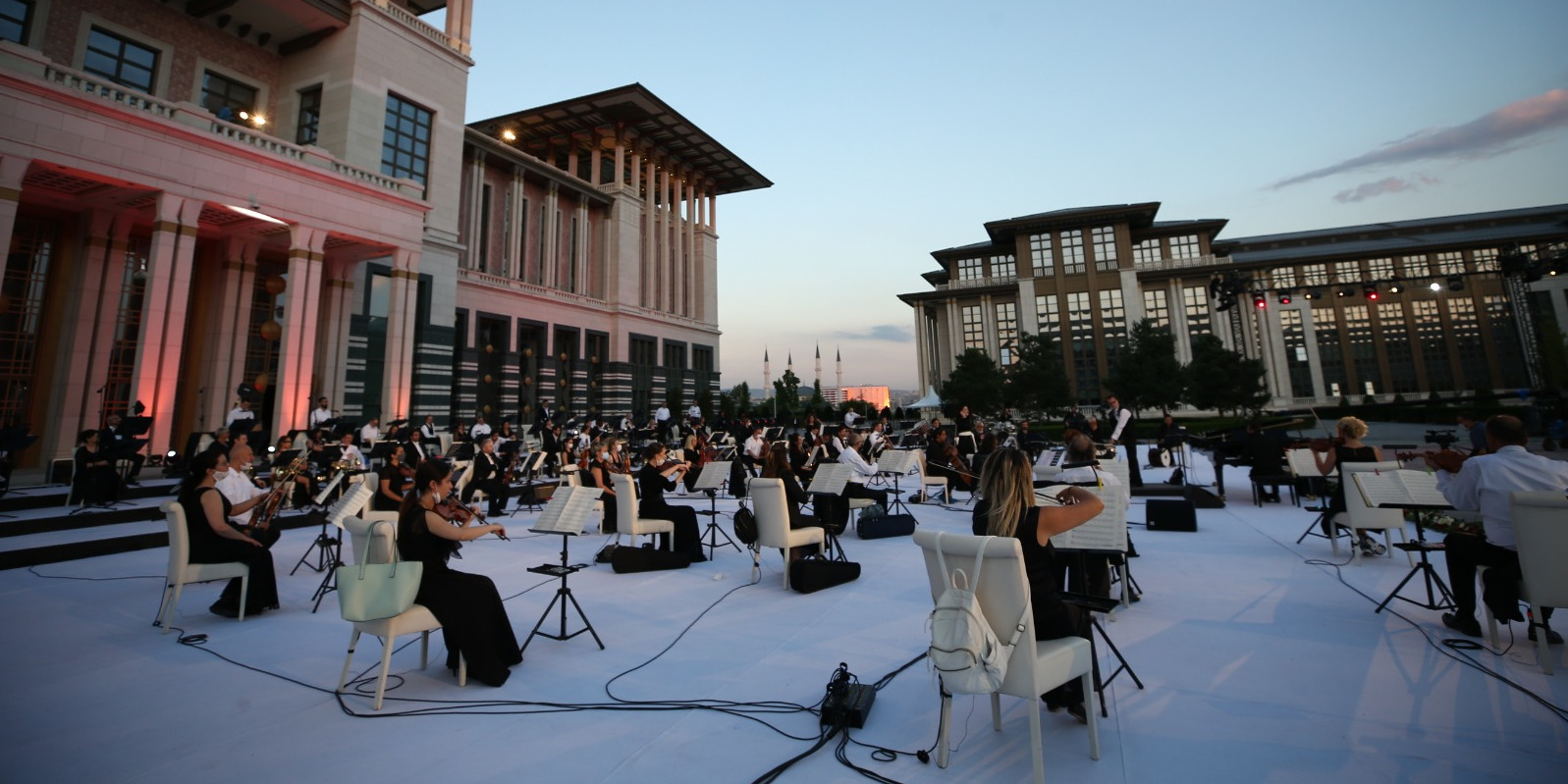 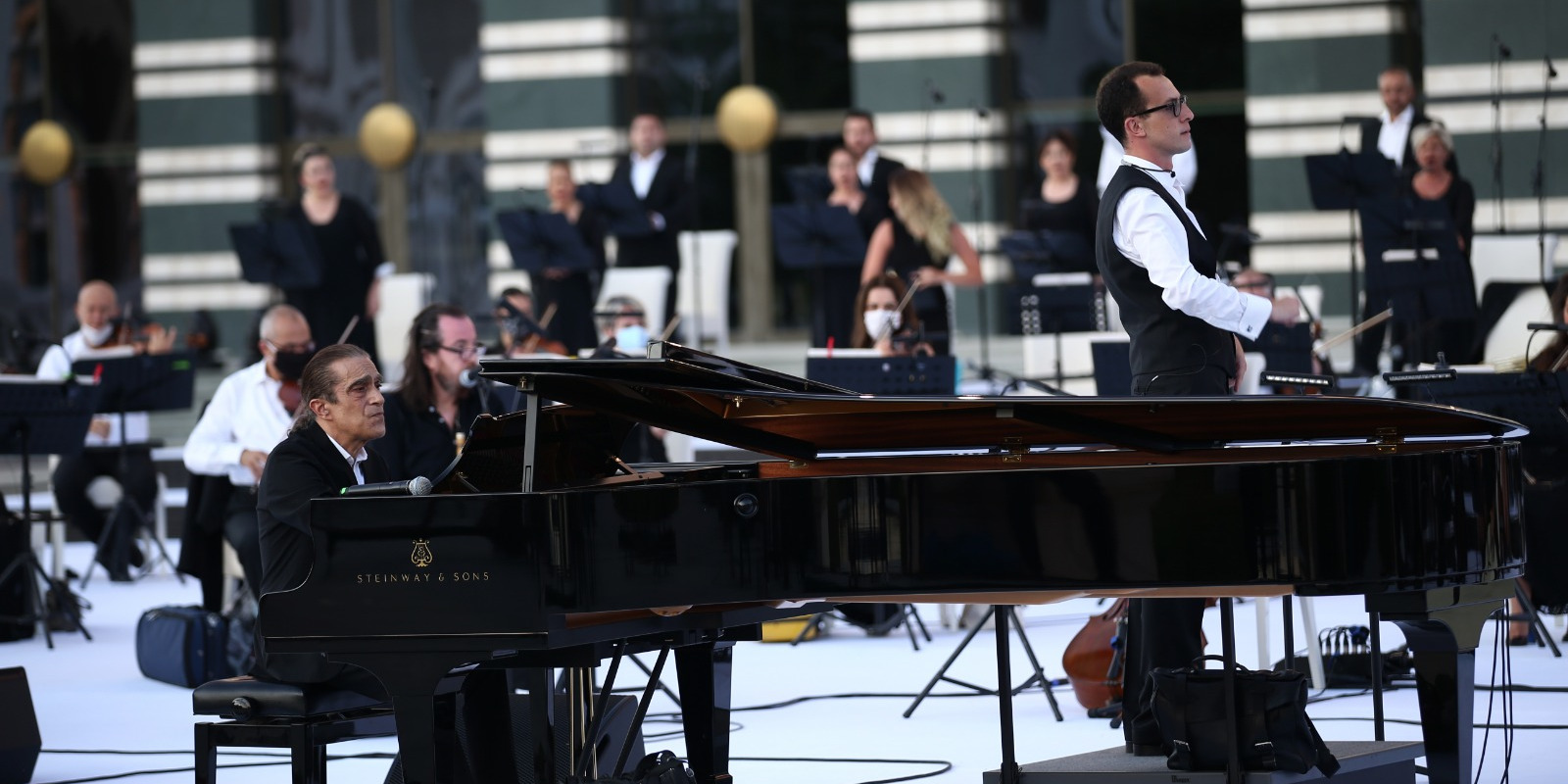 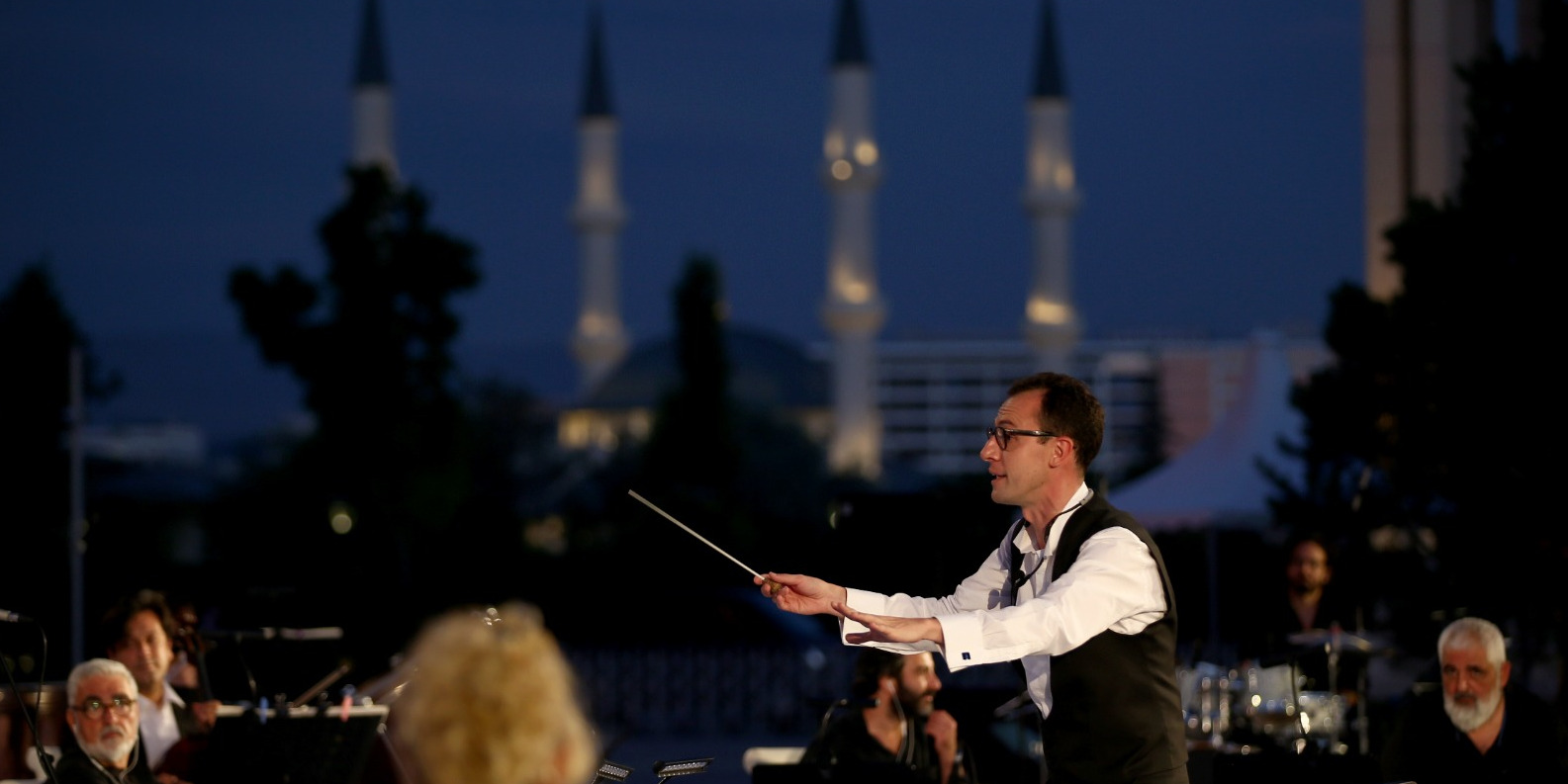 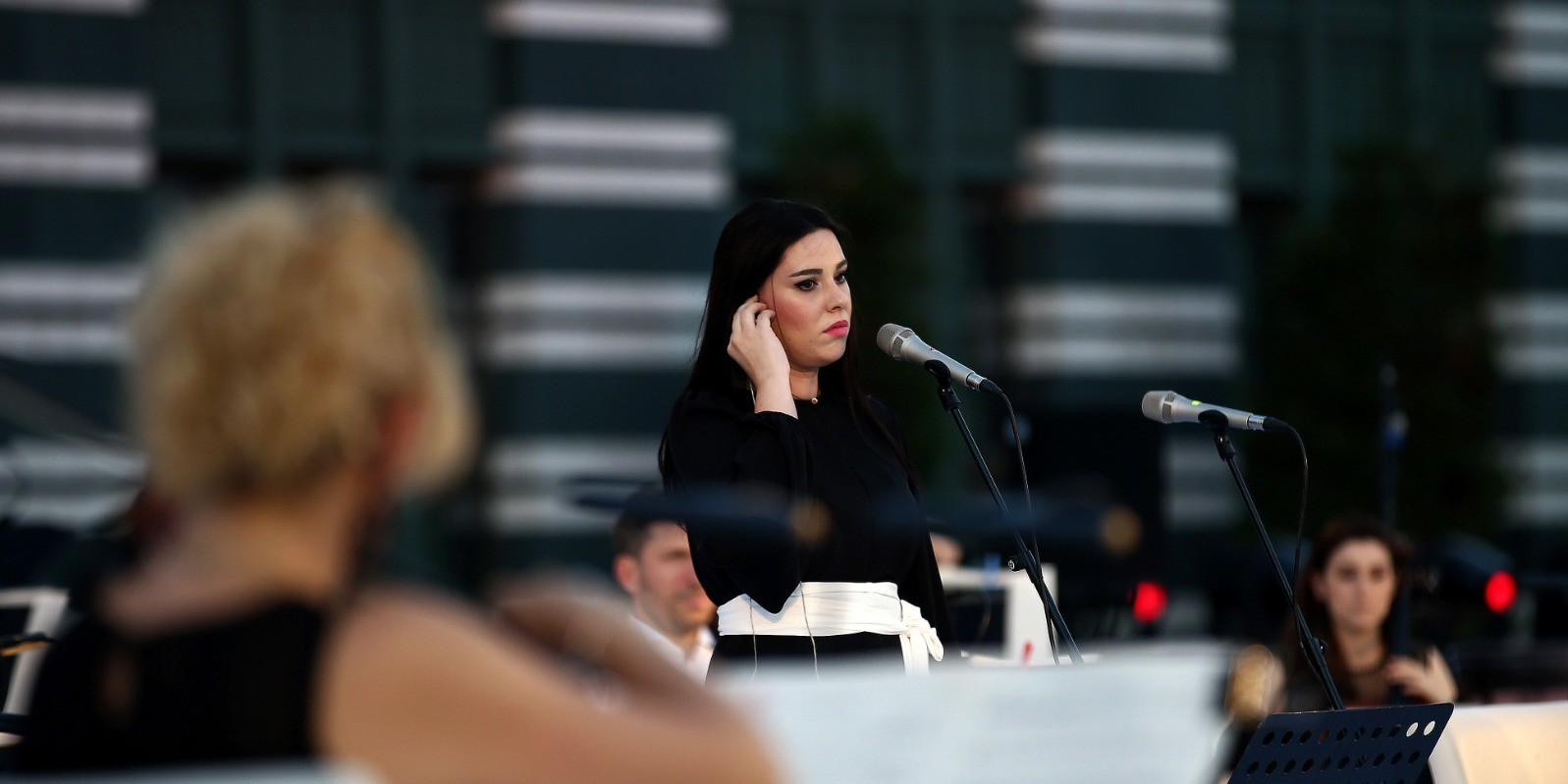