President Recep Tayyip Erdoğan, who is paying a visit to Albania at the invitation of Prime Minister Edi Rama of Albania, was welcomed with an official ceremony in Tirana.

After the national anthems of the two countries were played during the ceremony held at Tirana International Airport, President Erdoğan and Albanian Prime Minister Rama inspected the guard of honor, which was followed by the introduction of delegations. 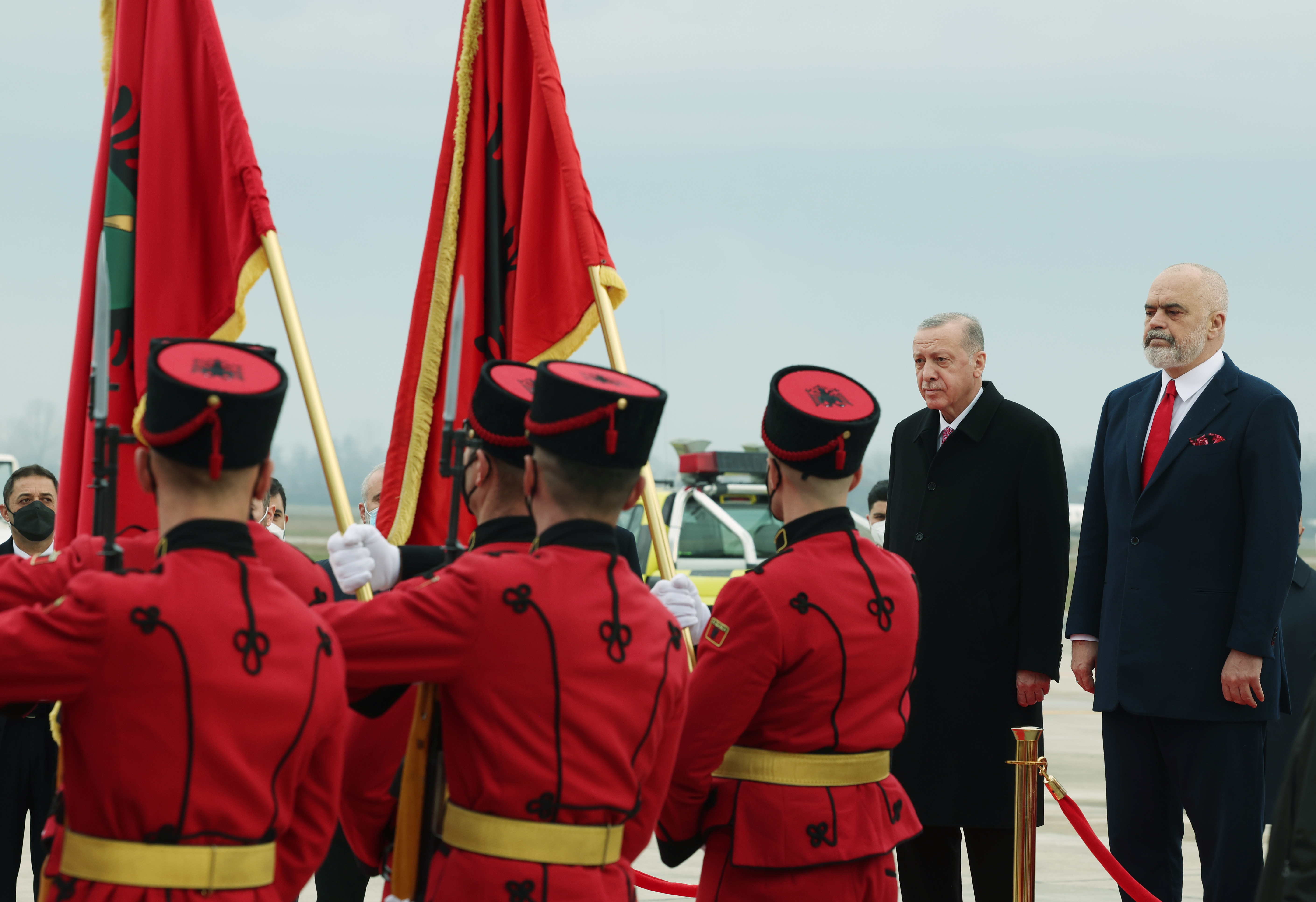 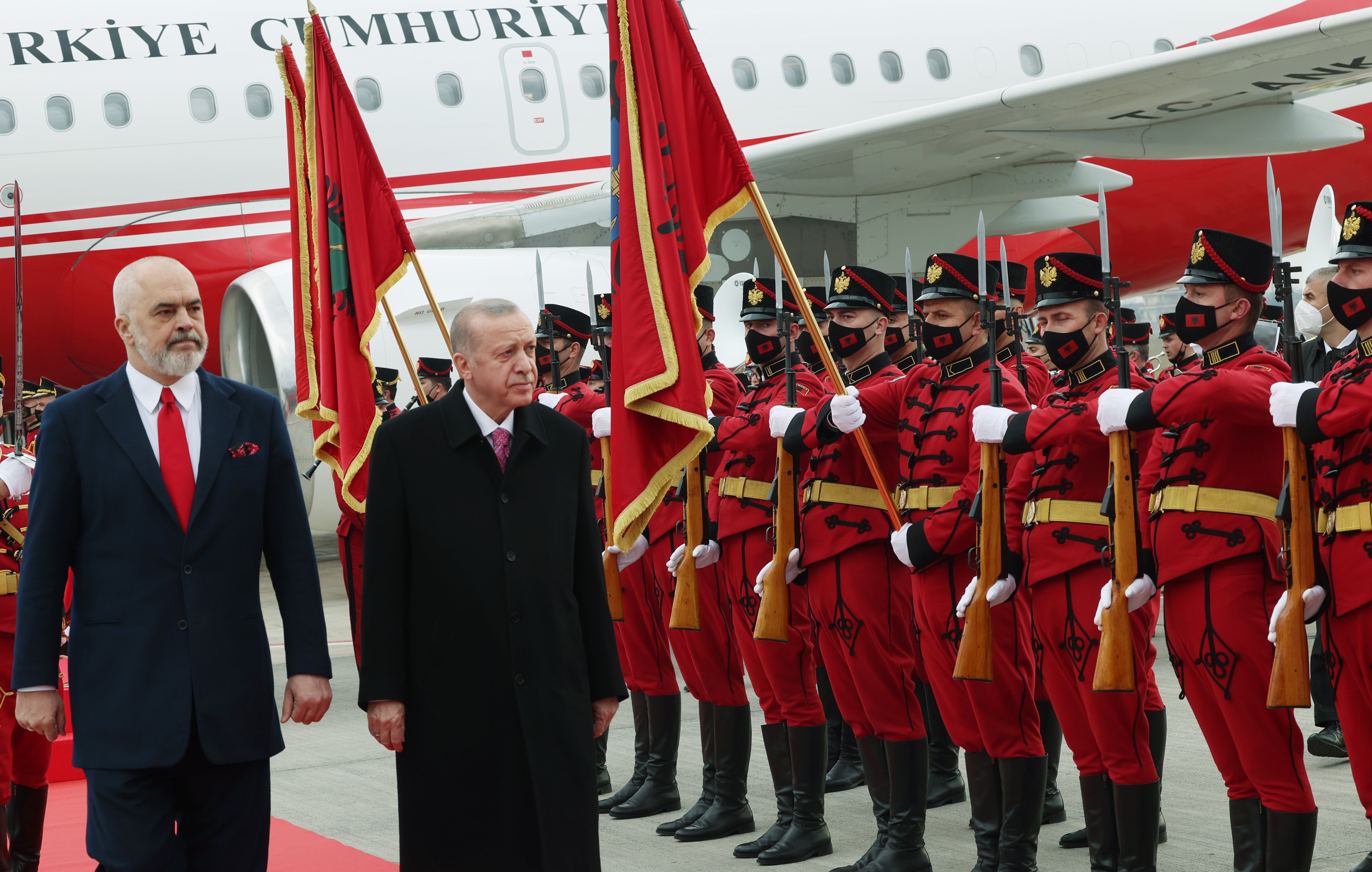 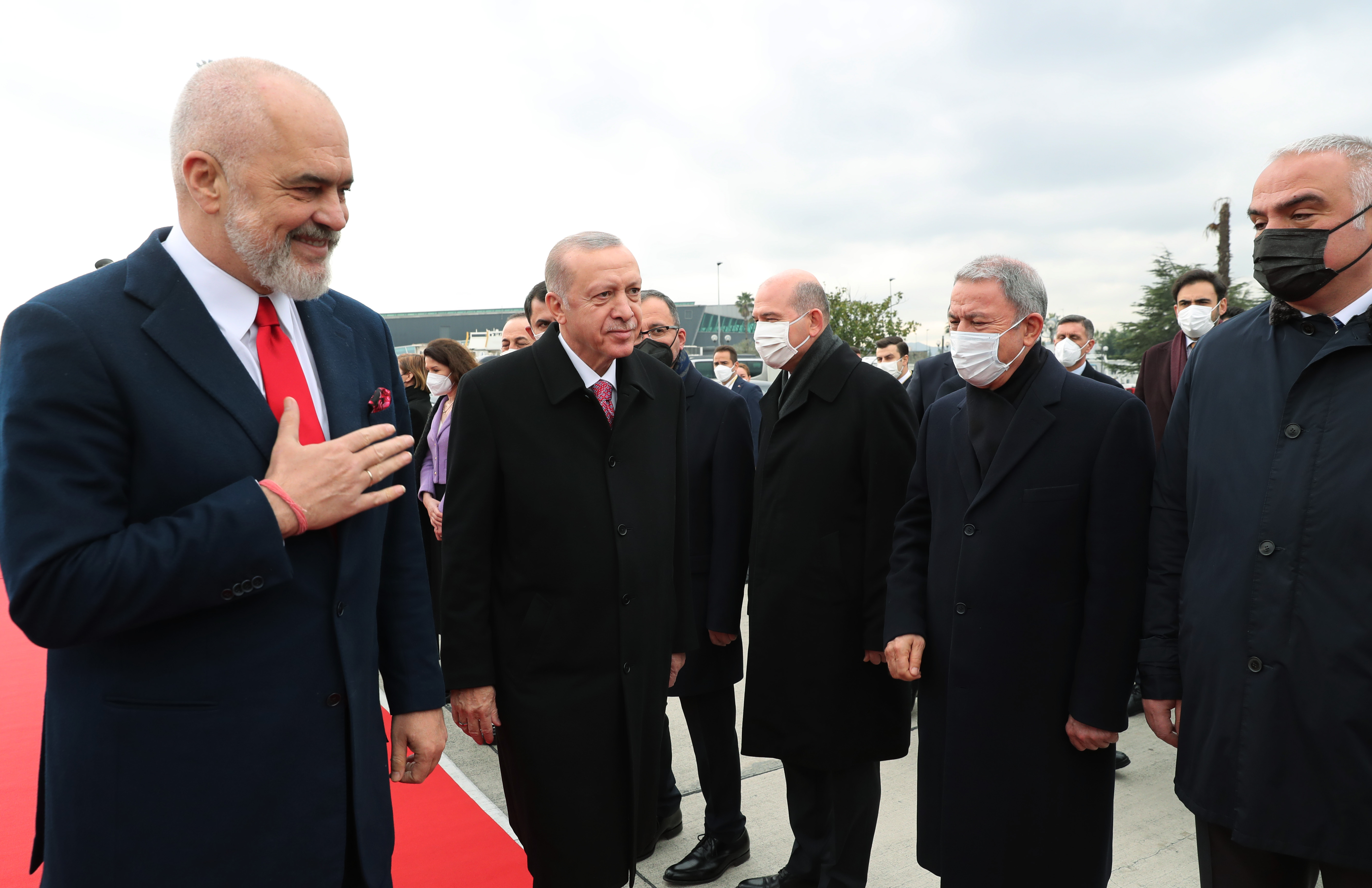 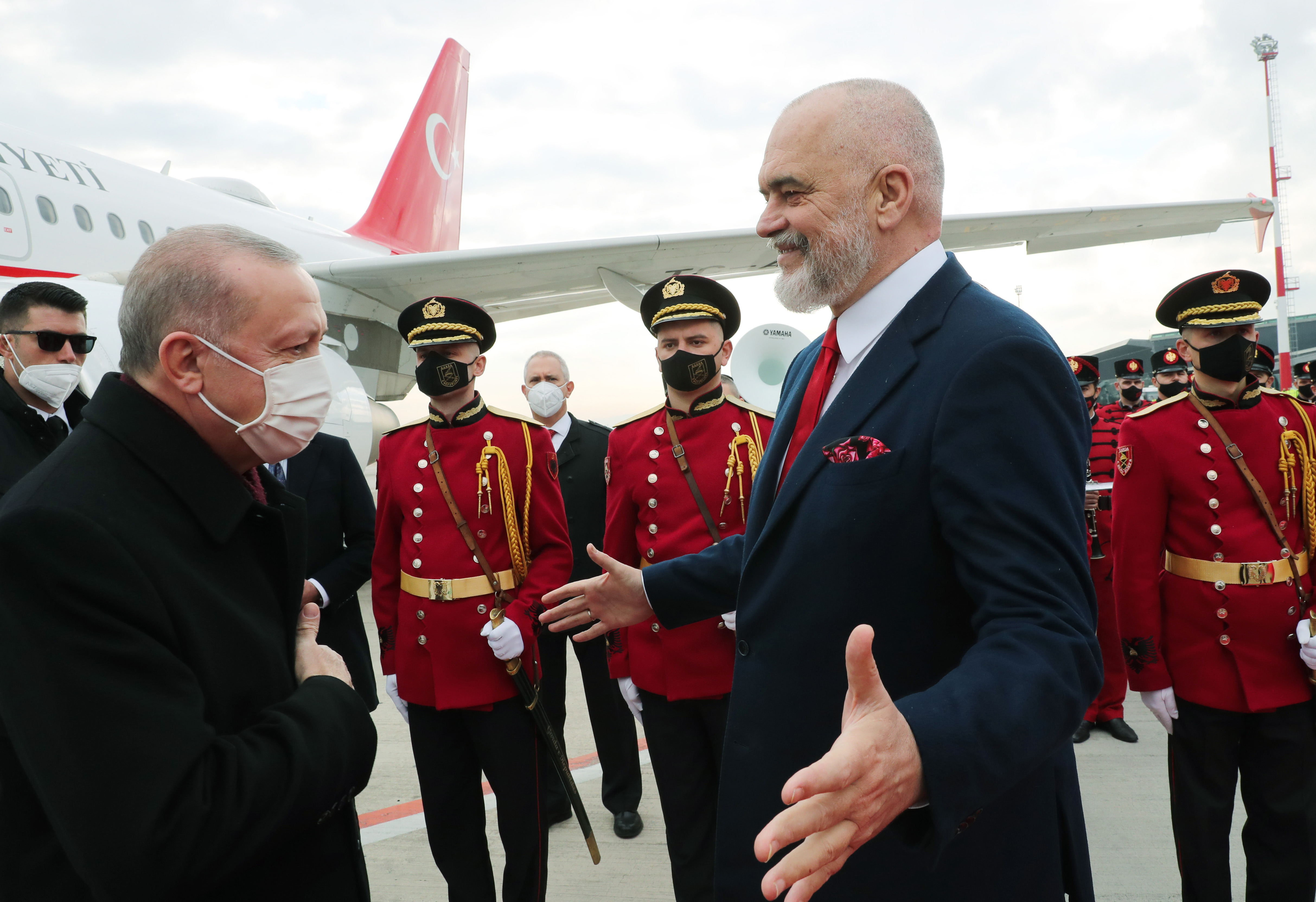